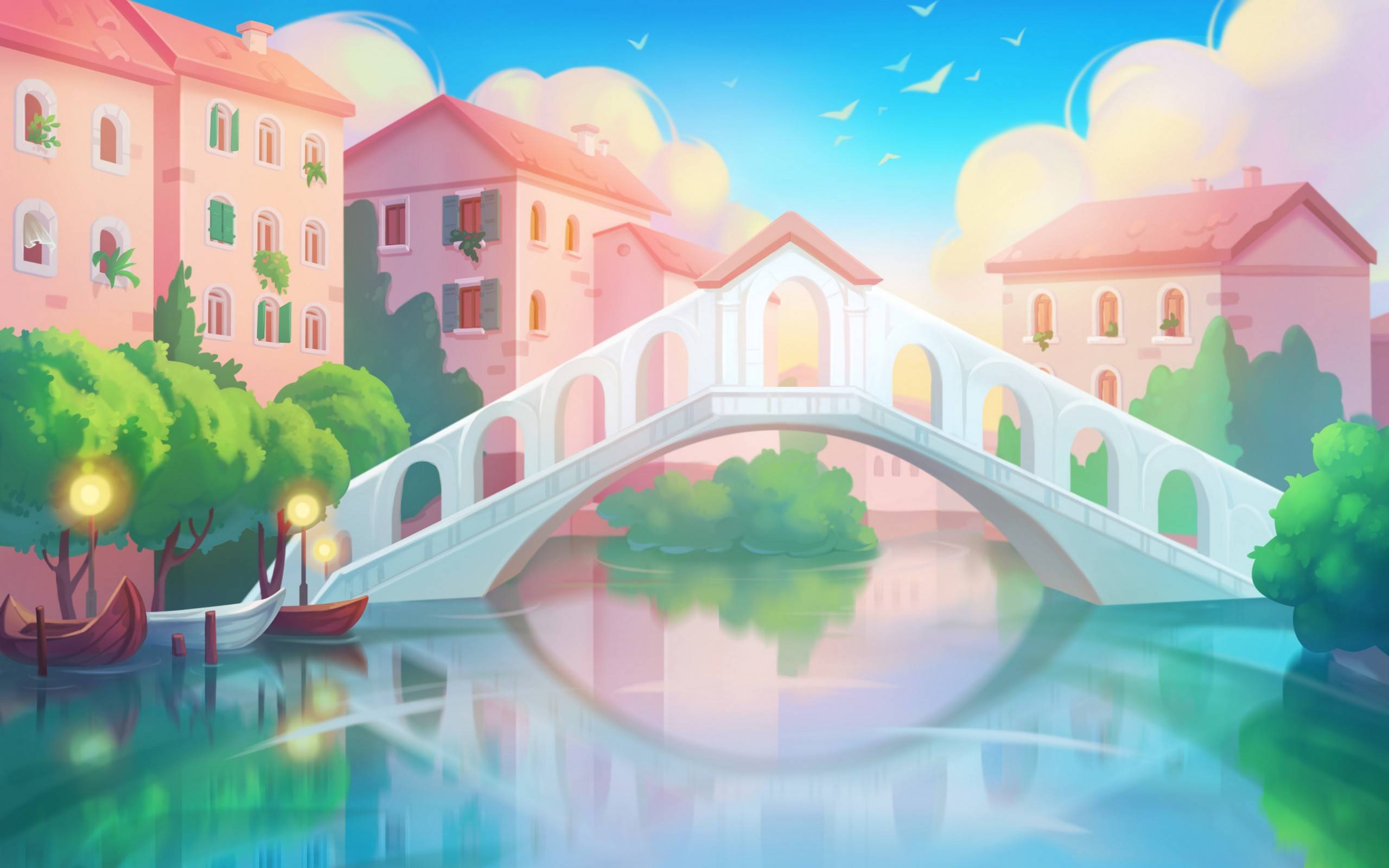 A selected highlight of 2D game illustrations in a casual art style designed by our artists for the mobile game Puzzle Solitaire by Uken Games. 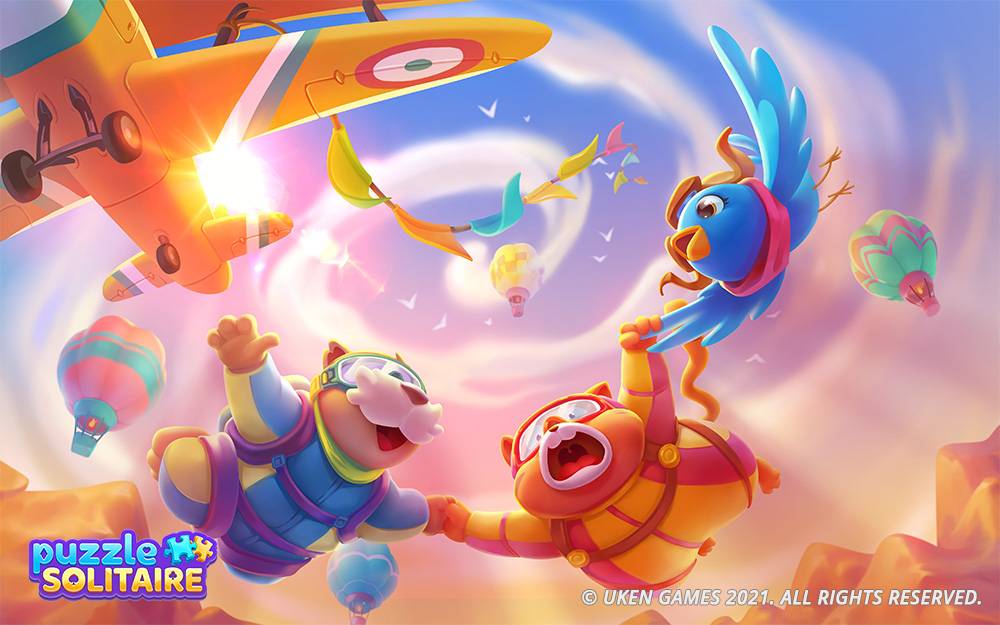 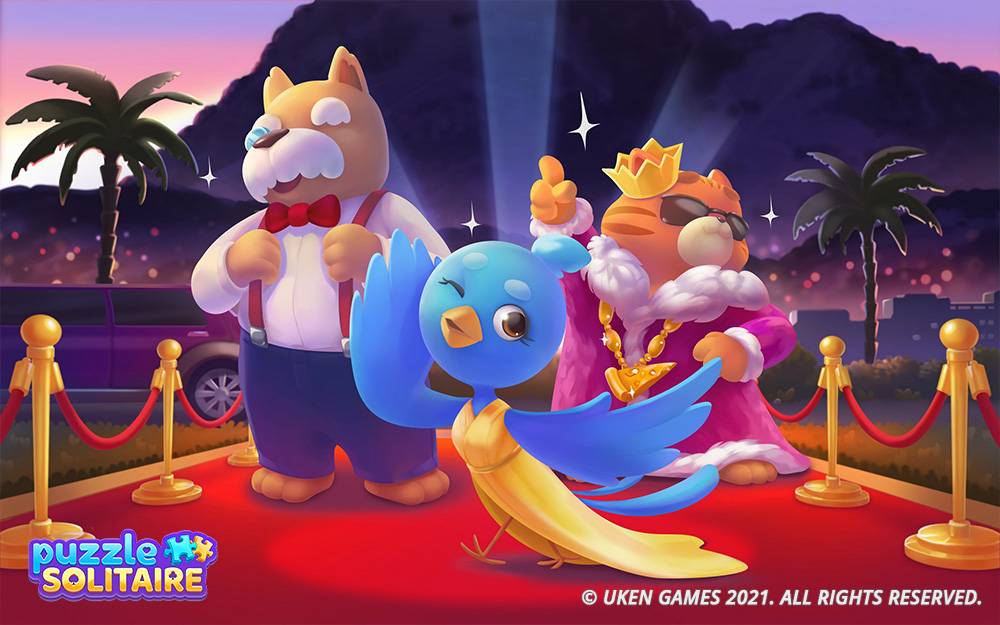 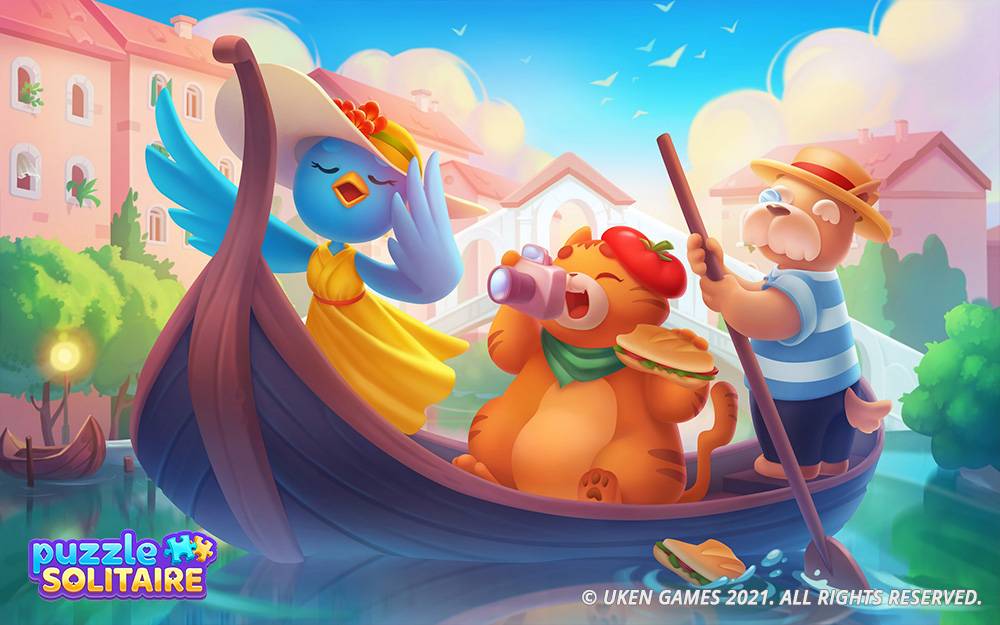 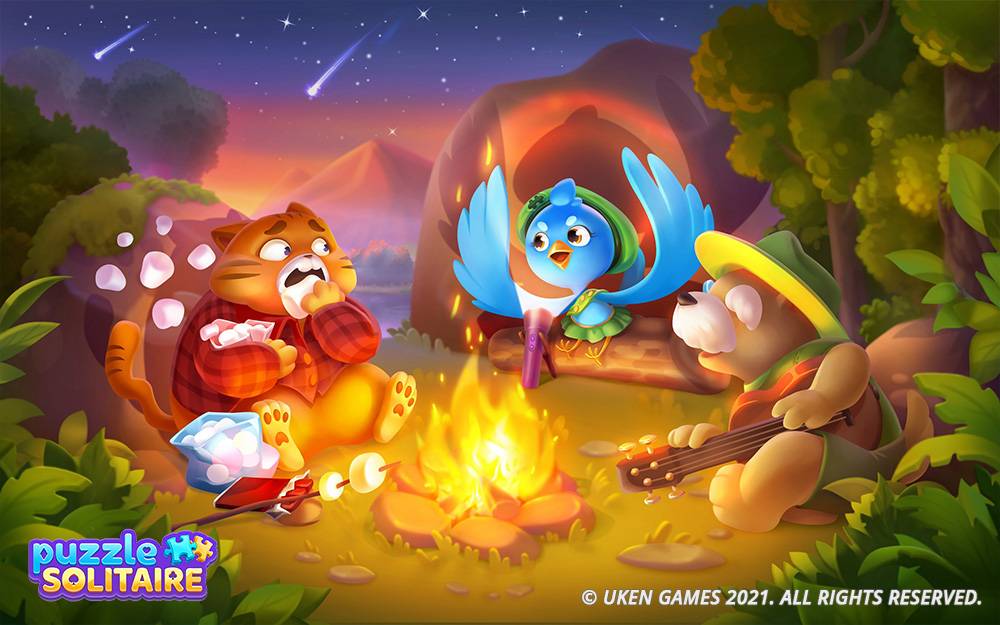 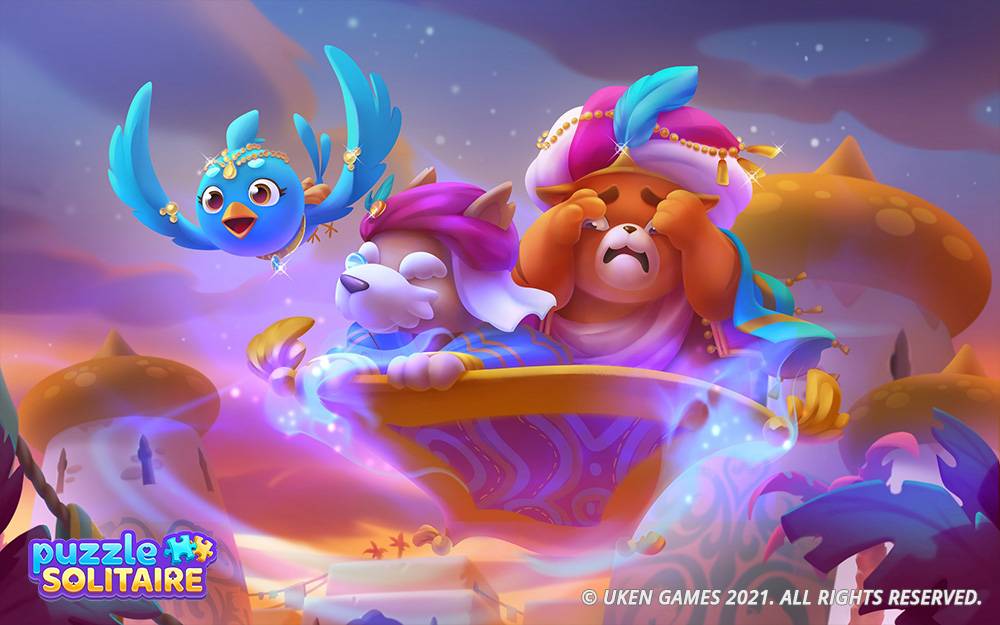 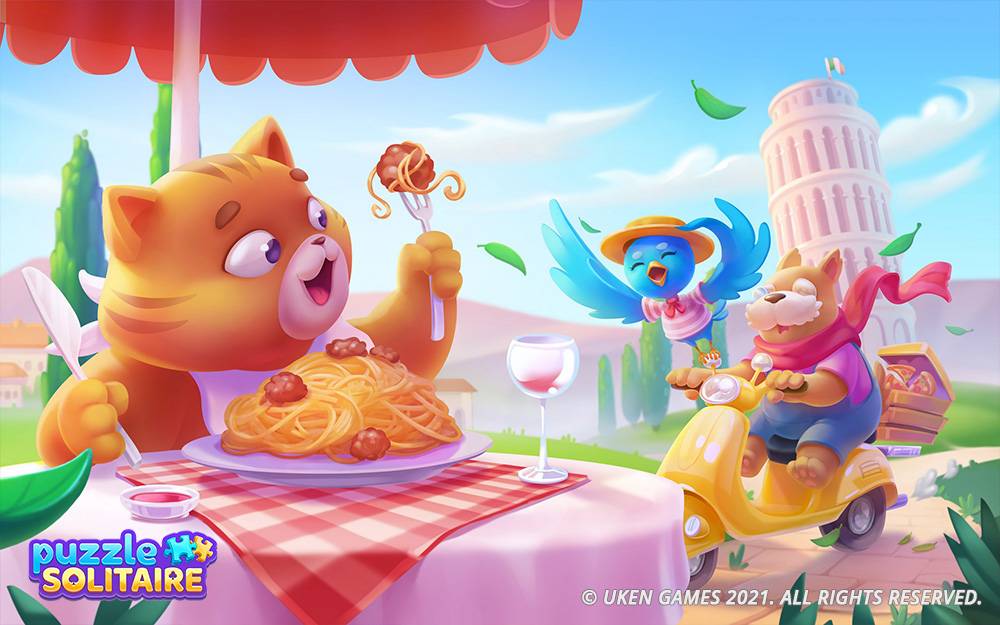 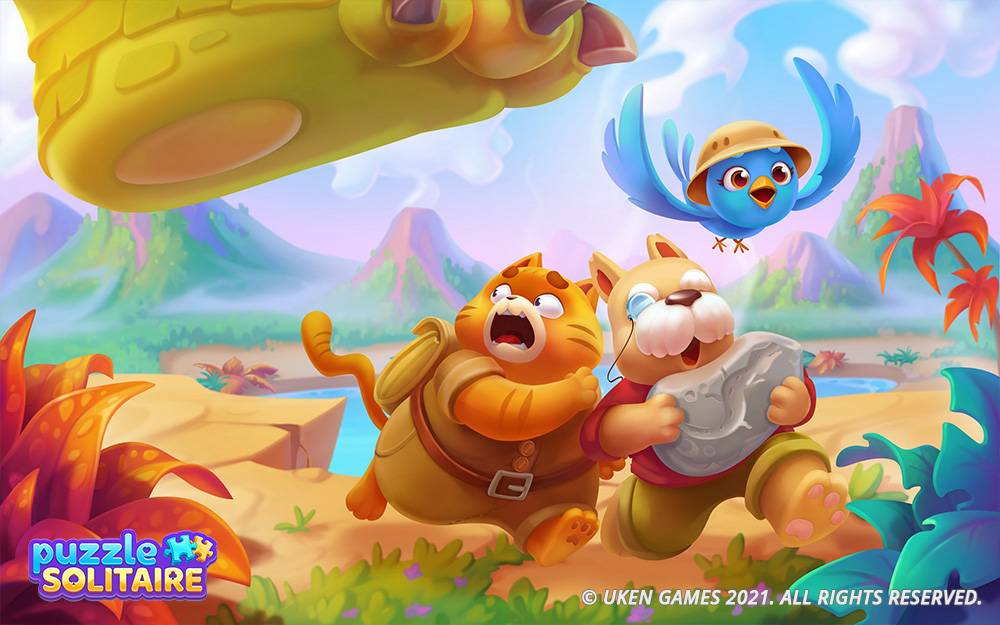 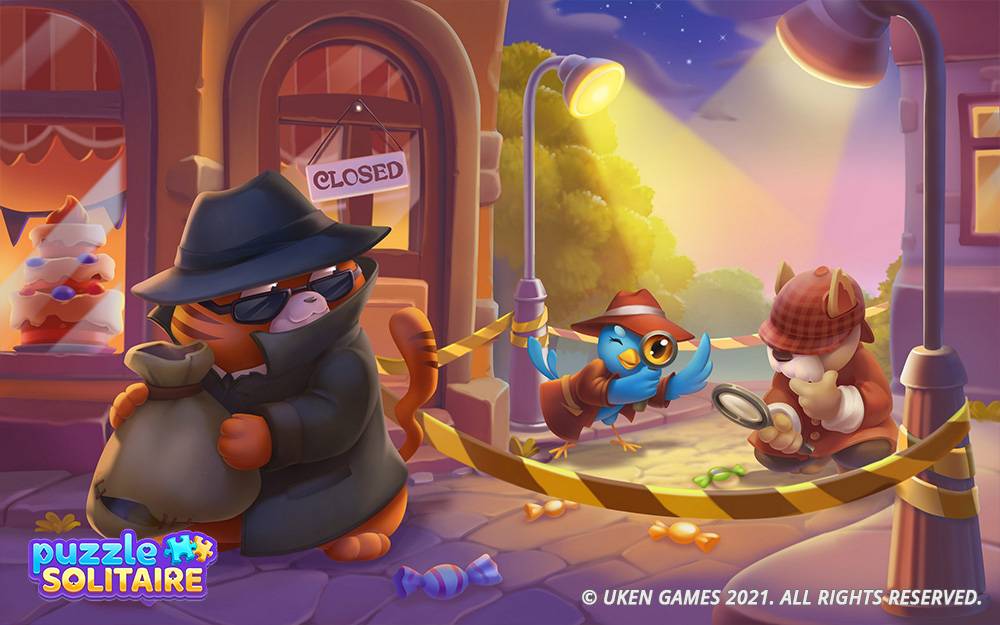 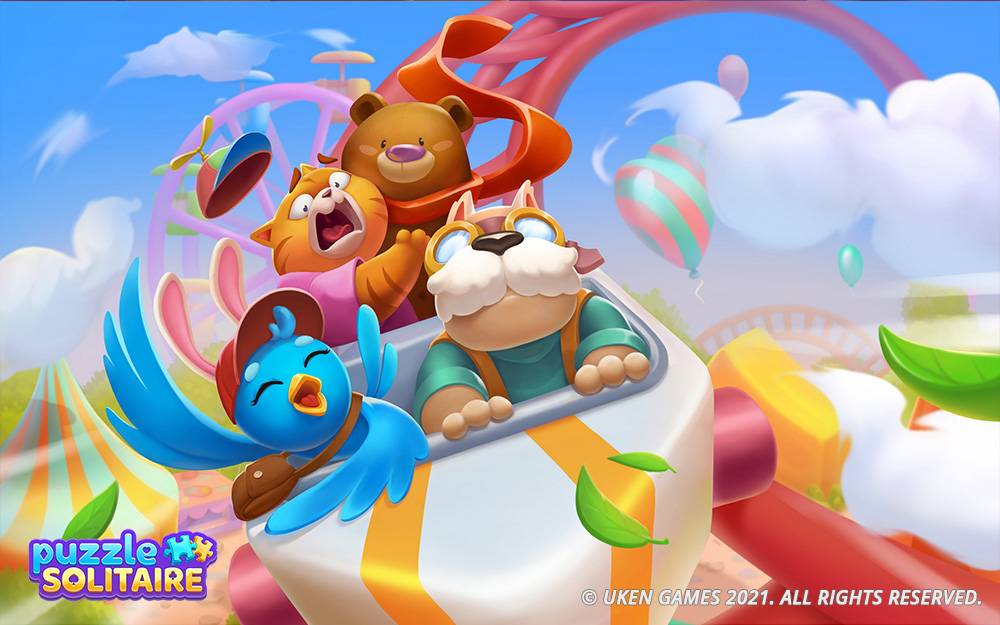 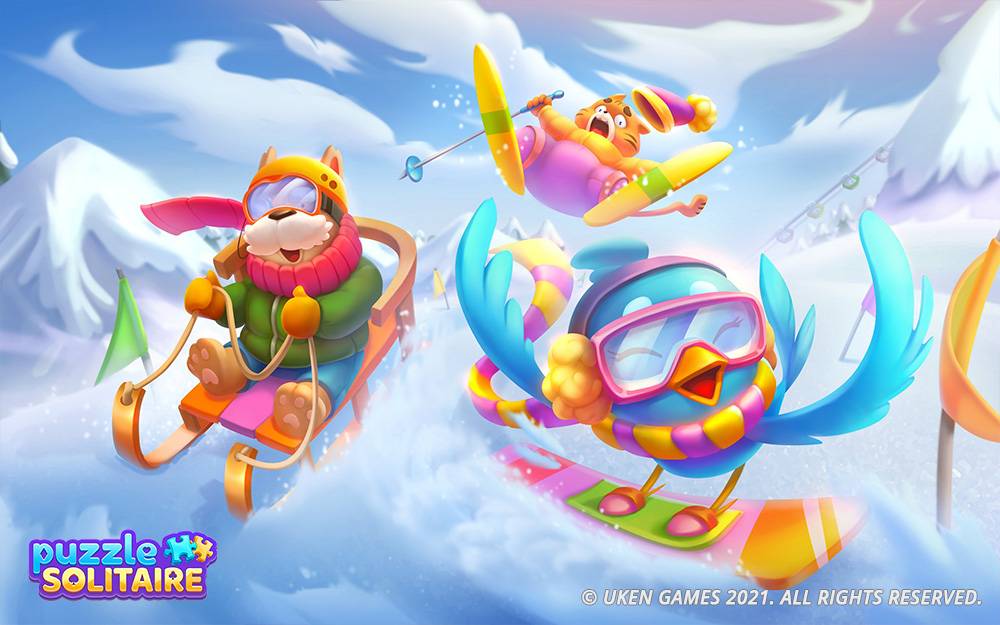 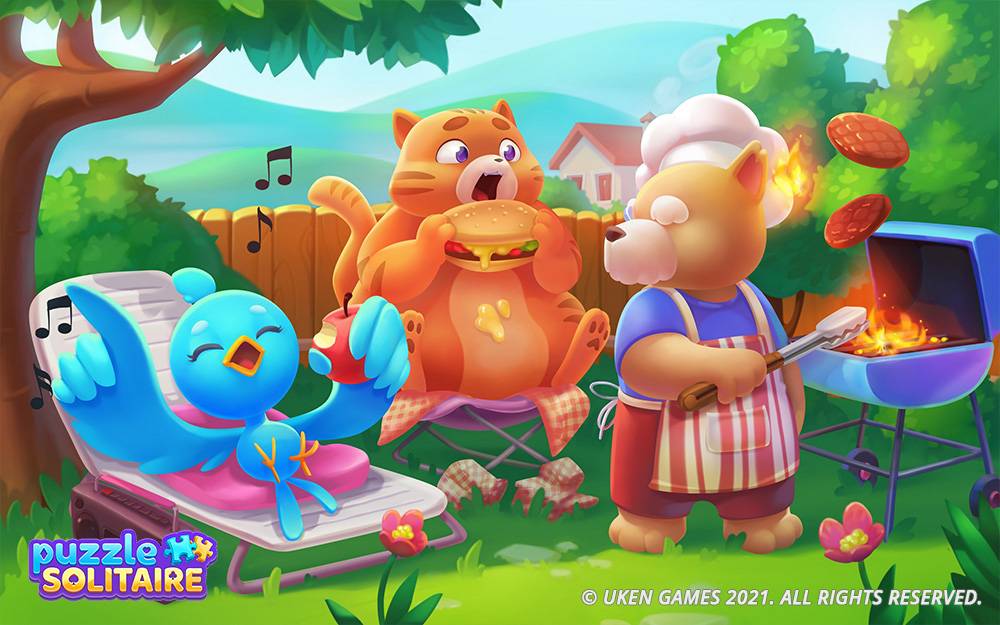 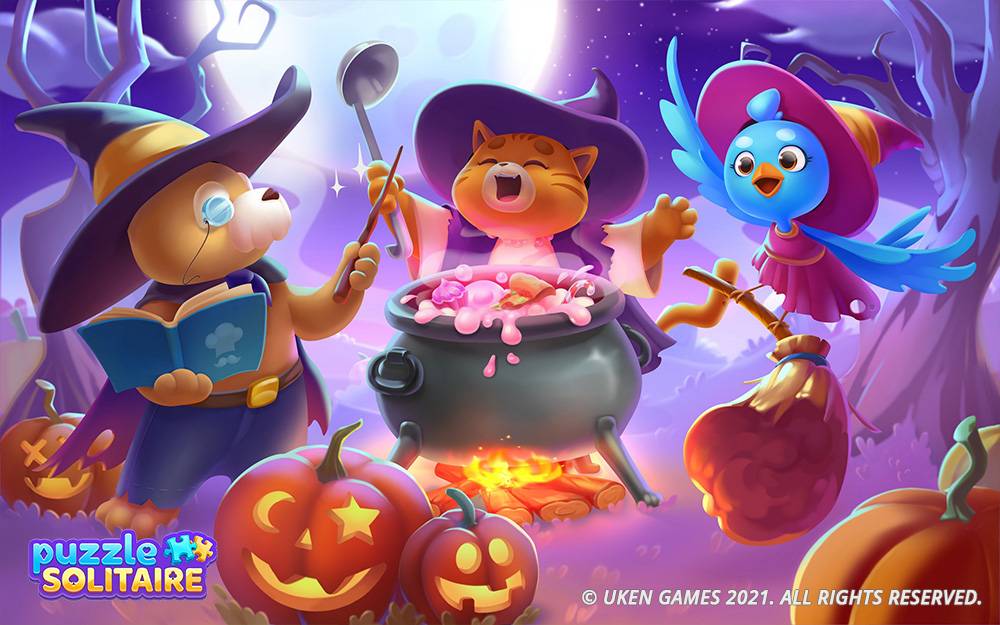 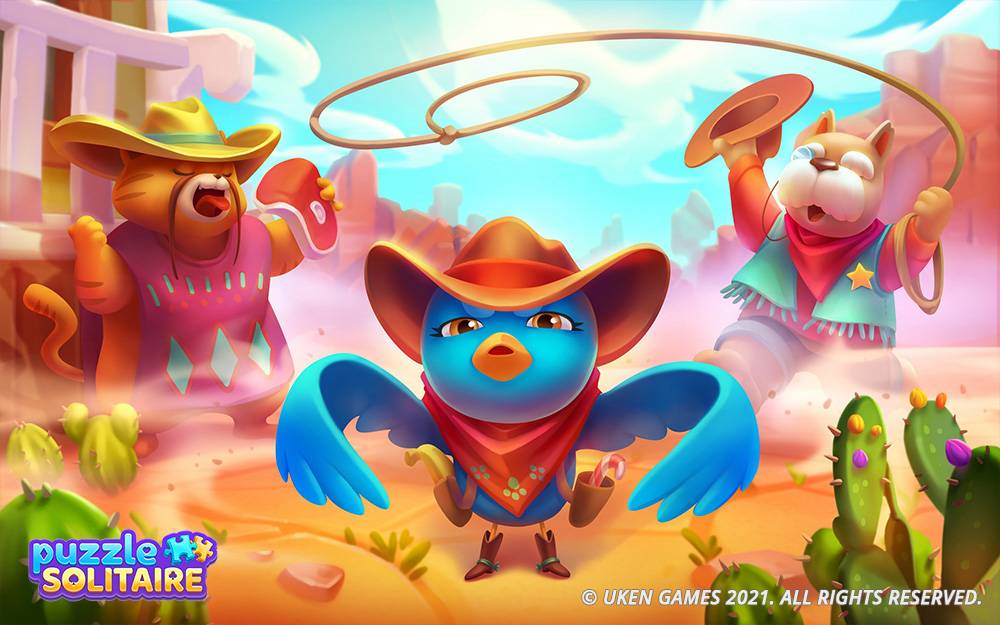 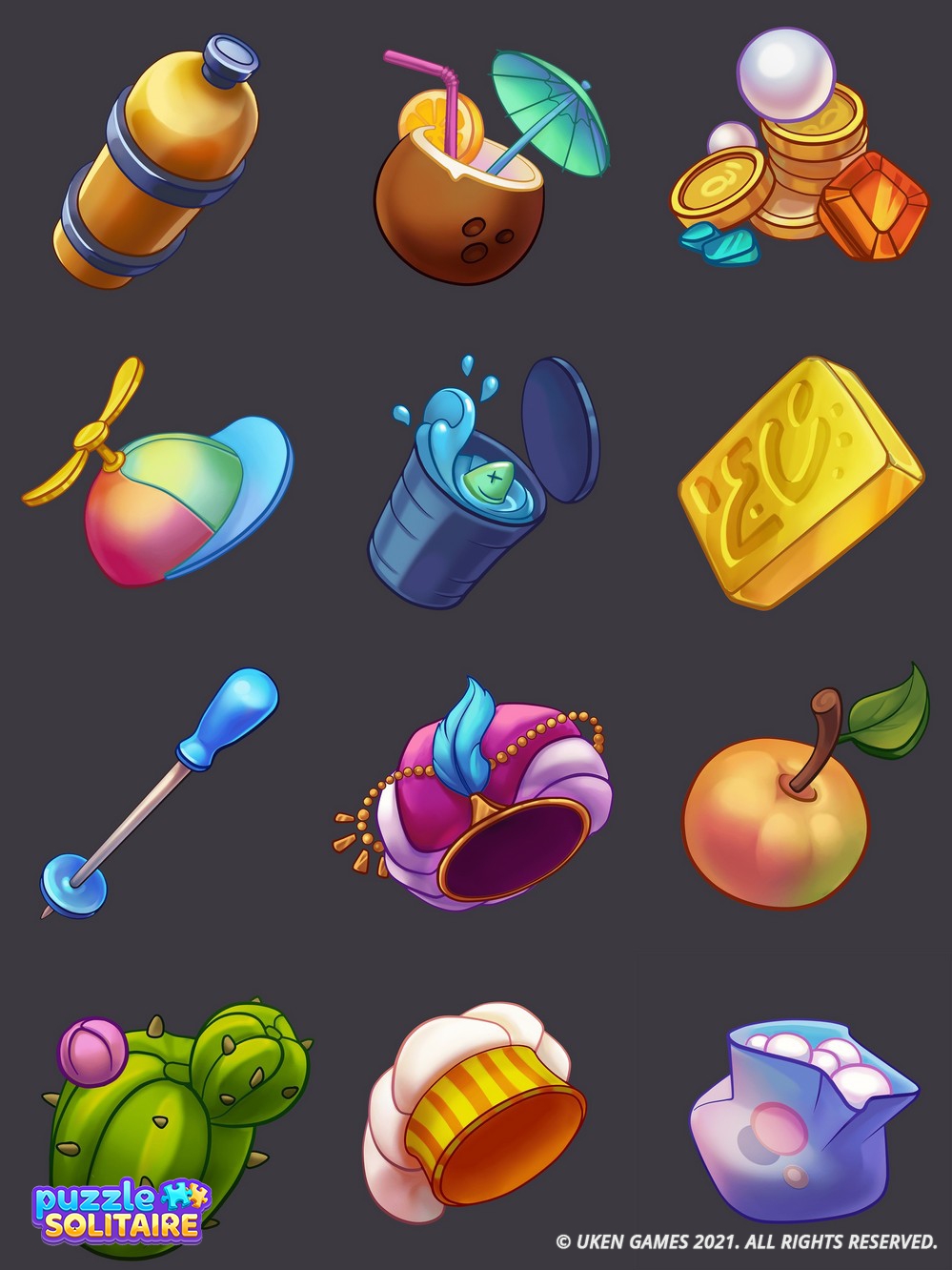 How we create 2D game illustrations in a casual art style

Our art team did truly enjoy working on these 2D video game illustrations for a casual game Puzzle Solitaire. Bringing these cozy and fun characters to life felt like we were sharing their discoveries and engaged in their adventures together. We are happy that the Uken Games trusted our game art studio with this task, and we hope to bring more of these amazing characters to life in future illustrations.

Creating video game illustration art in a casual style is the skill our studio has been focusing on for the last couple of years. Of course, casual art can be further subdivided into various styles and directions depending on the level of detail and render we're aiming for. Working on this project from the very beginning our art team had the Toon Blast-like illustration art in mind as the main style references. But our goal was to achieve slightly softer render and shapes. Additionally, at the beginning of the project, we developed a little more vague level of detail yet with accents emphasizing certain components of the illustration to draw the attention of the players.

As you can see from the images above, each illustration is dedicated to a specific theme – our three heroes travel the world and find themselves in various adventures, and sometimes misfortunes. However, they overcome whatever happens due to their wits, encyclopedic knowledge, and sense of humor. Each of the characters does have a certain feature that discriminates them from the others – a feature that we had to coherently display and emphasize building the whole character art on it.

First, we conducted the initial style search which we think is a very desirable pre-production stage for the long-term and large-scale game art projects involving creating a lot of graphical assets. During the style search, we assembled the mood board with the game art references in similar styles, yet a little different in terms of the render. After that, we moved to create the first black-and-white sketches to make sure we grasped the concept. Usually, we do about three or four of them at this phase. Mostly they all involve the same three characters from the brief but display various poses, composition and background. Then after the sketch is chosen and approved, we move forward to painting it based on the shape, color, and lighting requirements set forth in the project brief.

Then, we move to a polishing stage where the illustration artists use all their attention to carefully polish each 2d illustration art to the finest possible quality. After the illustration art is completed, it's the export's turn. At this stage usually conducted by the dedicated project manager or with the help of an experienced artist, we check all source files one by one and sees that we have separated all layers, correctly grouped them into the corresponding folders for convenient navigation. The layers also need to be named according to the requirement or, if there are no requirements, we double-check that they all have names in English. After all the checking is done, we submit the export files to the partner for the game testing and integration.

Overall, once the game art workflow is established and we have a finalized 2d video game illustration to the required level of quality, we use it as a reference for the subsequent assets. Moreover, now we can scale up the art production process and assign several different game artists or even teams within the studio to work simultaneously on several game illustration packs. Of course, not every project requires such a significant scaling up, but it becomes totally possible from the technical side of things as long as we have established the art workflow and designed the style guide. This is how we work on 2d video game illustrations on this project, as well as on the casual game illustration and stylized game art for mobile game developers in general.