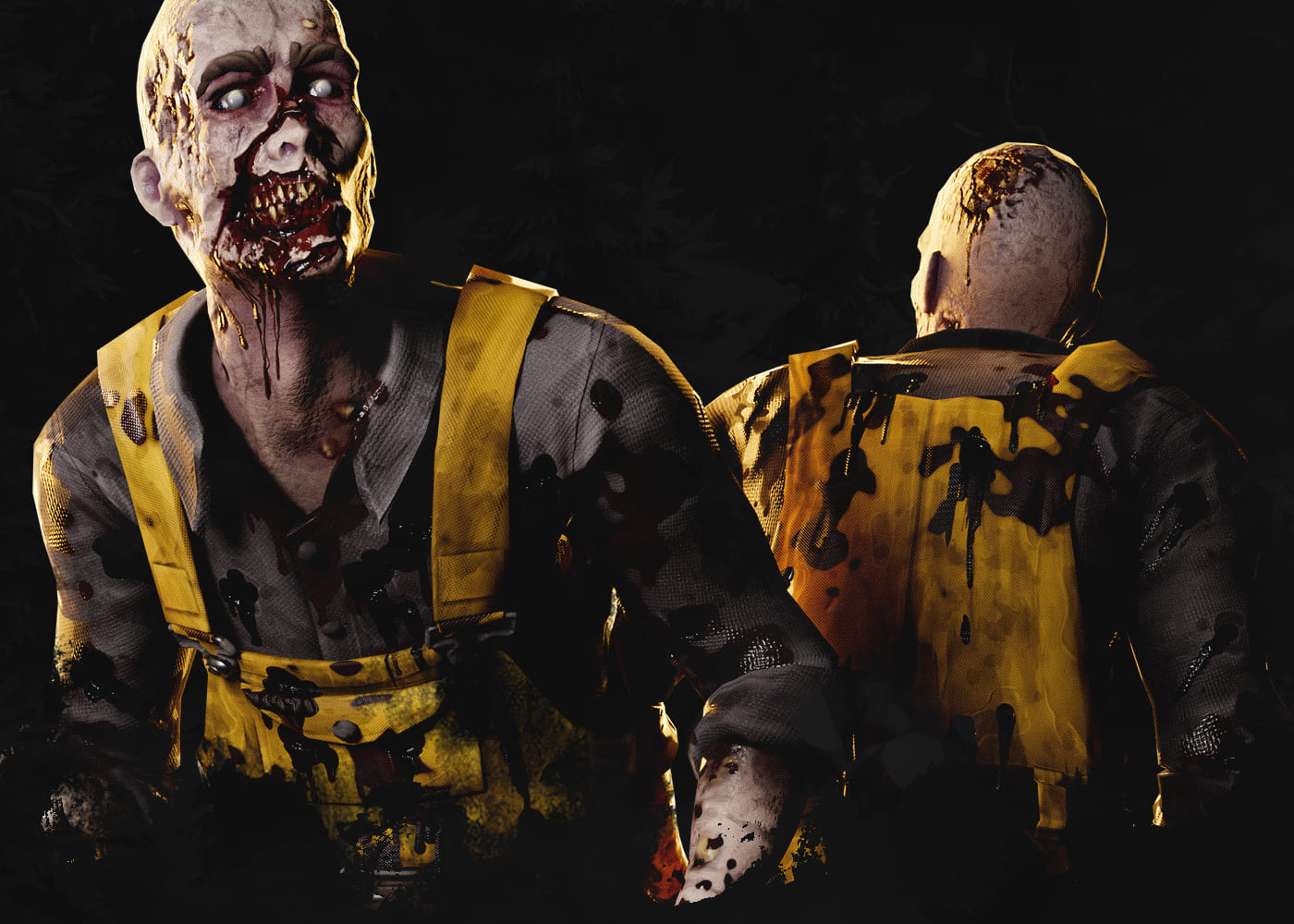 Stylized 3D Characters for Survival Game · No Way Out 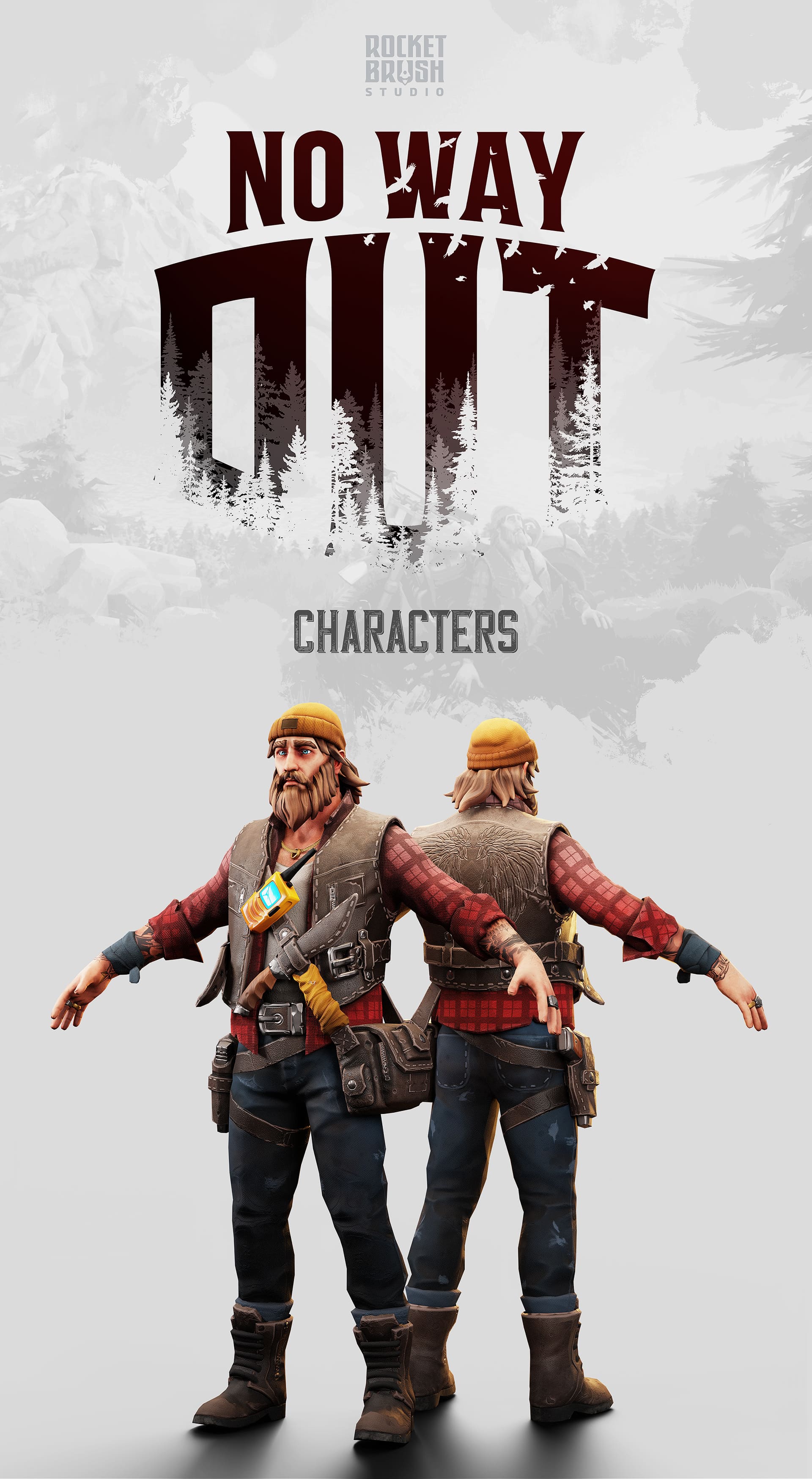 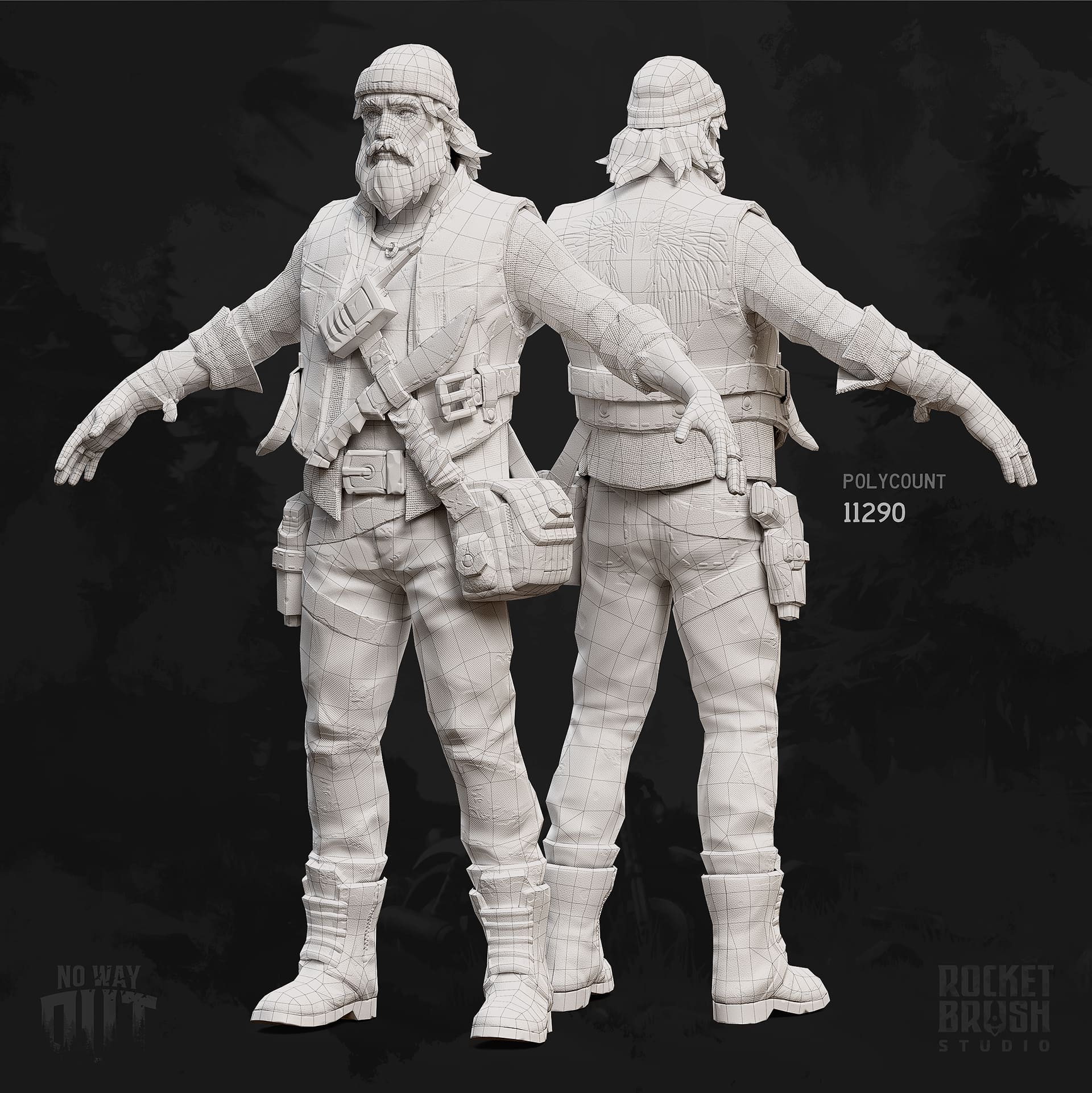 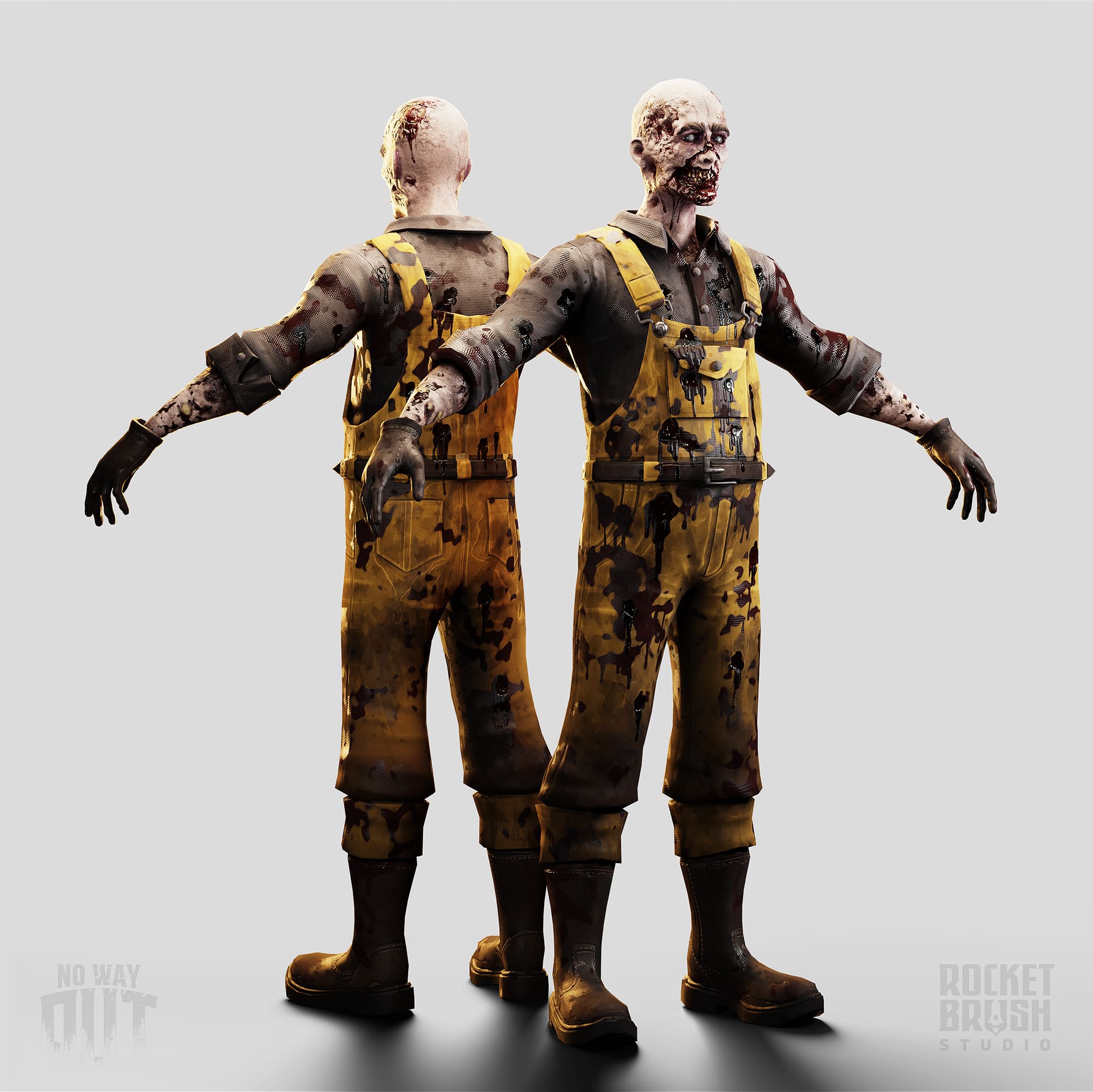 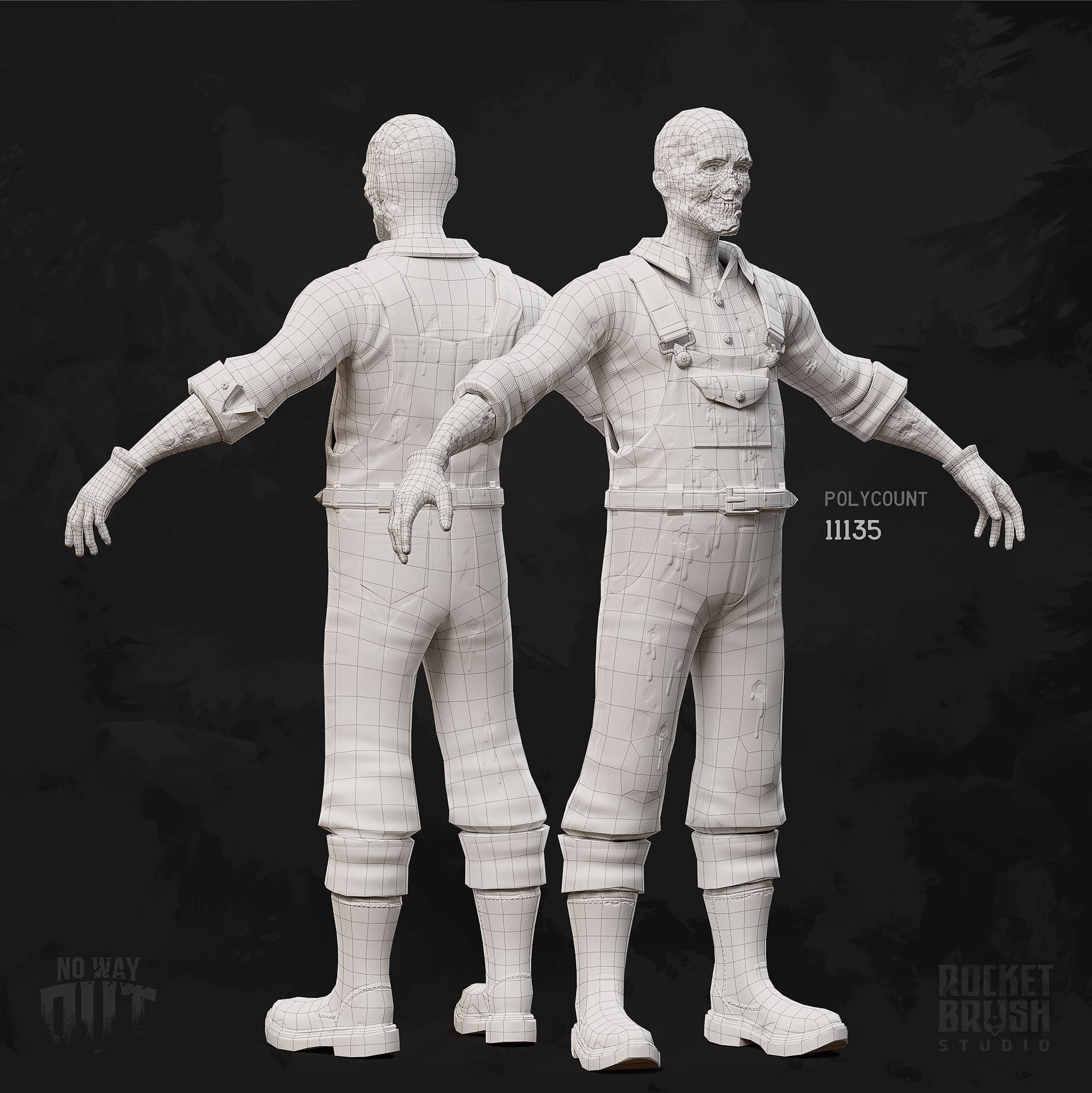 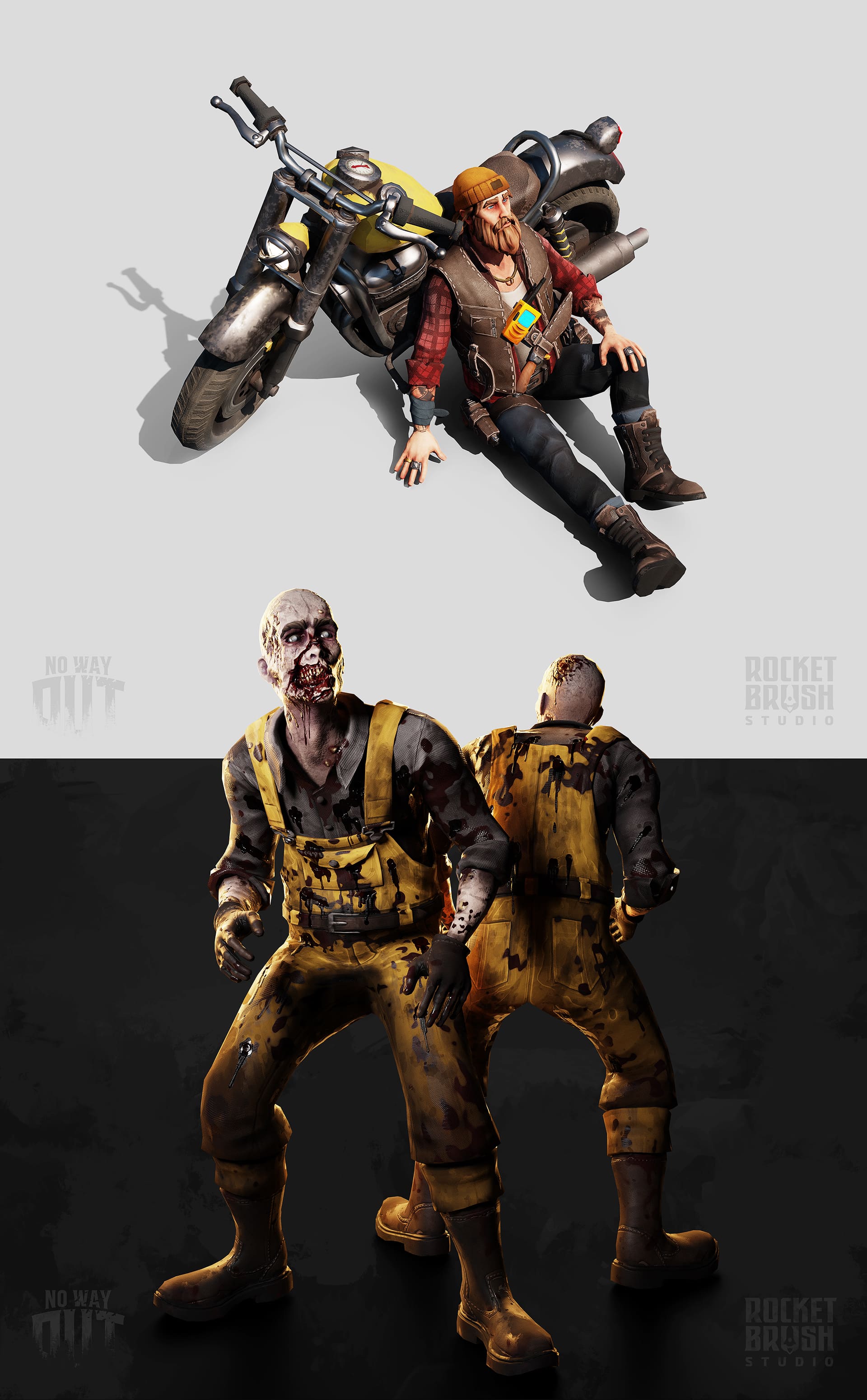 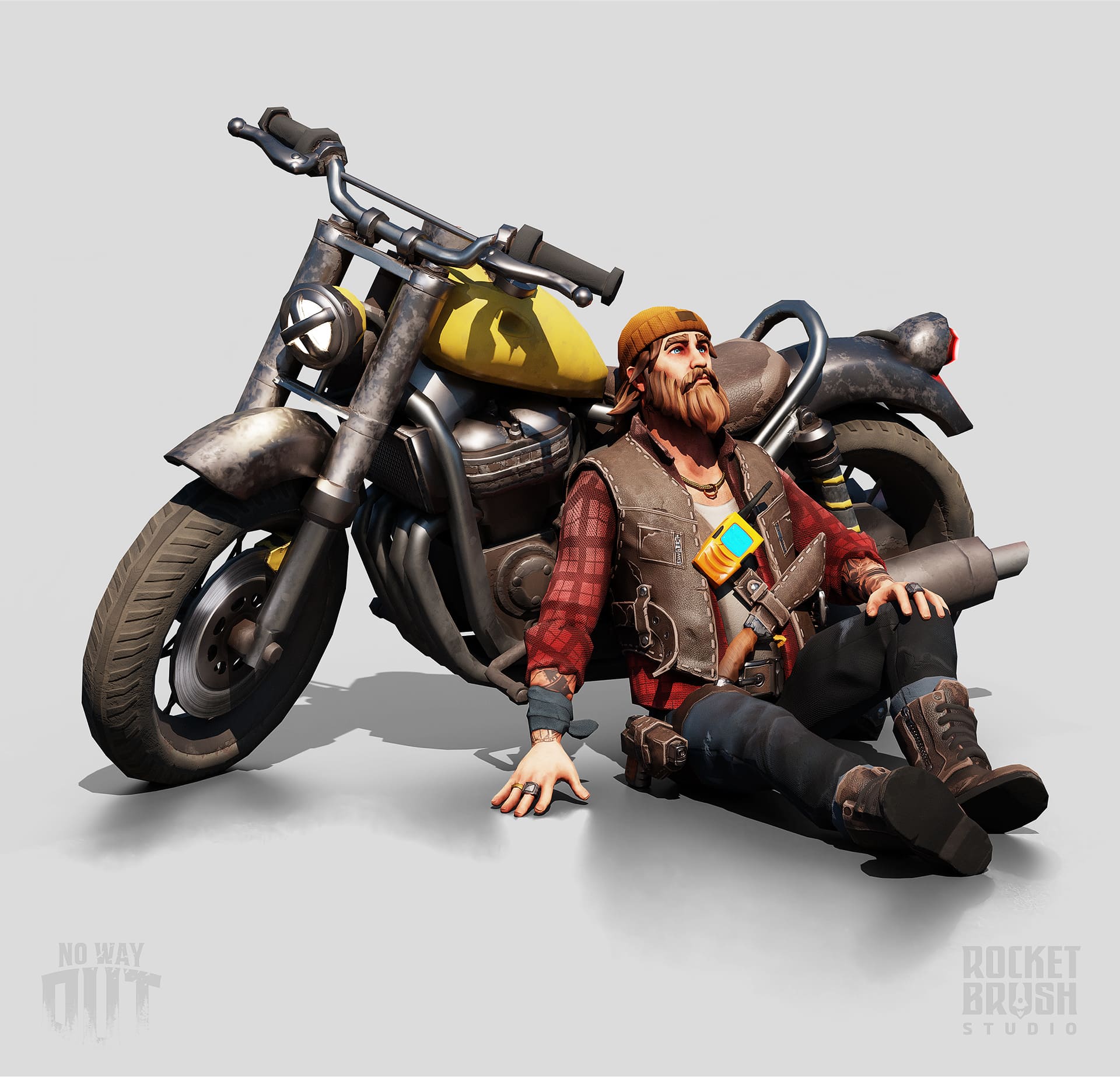 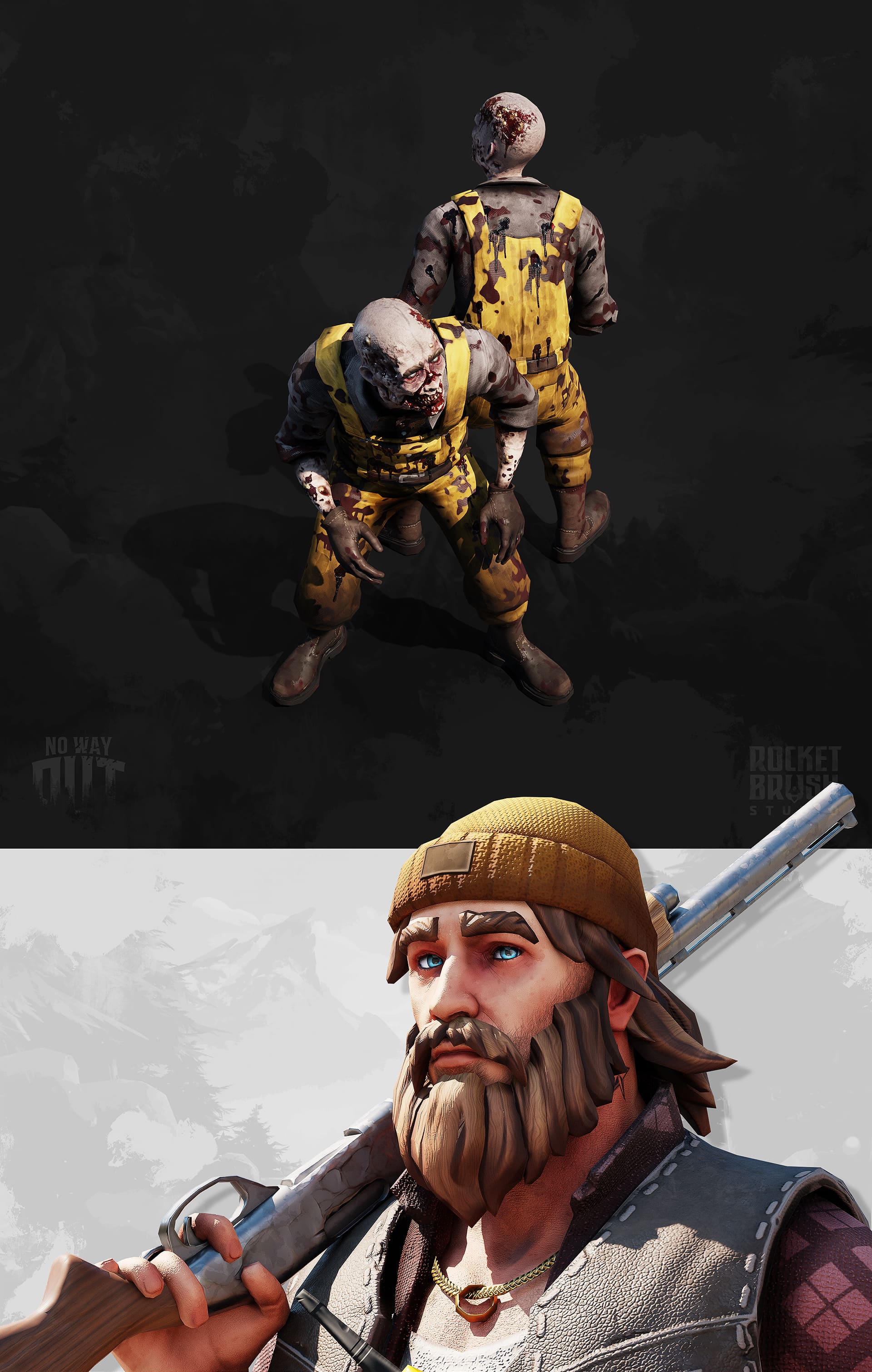 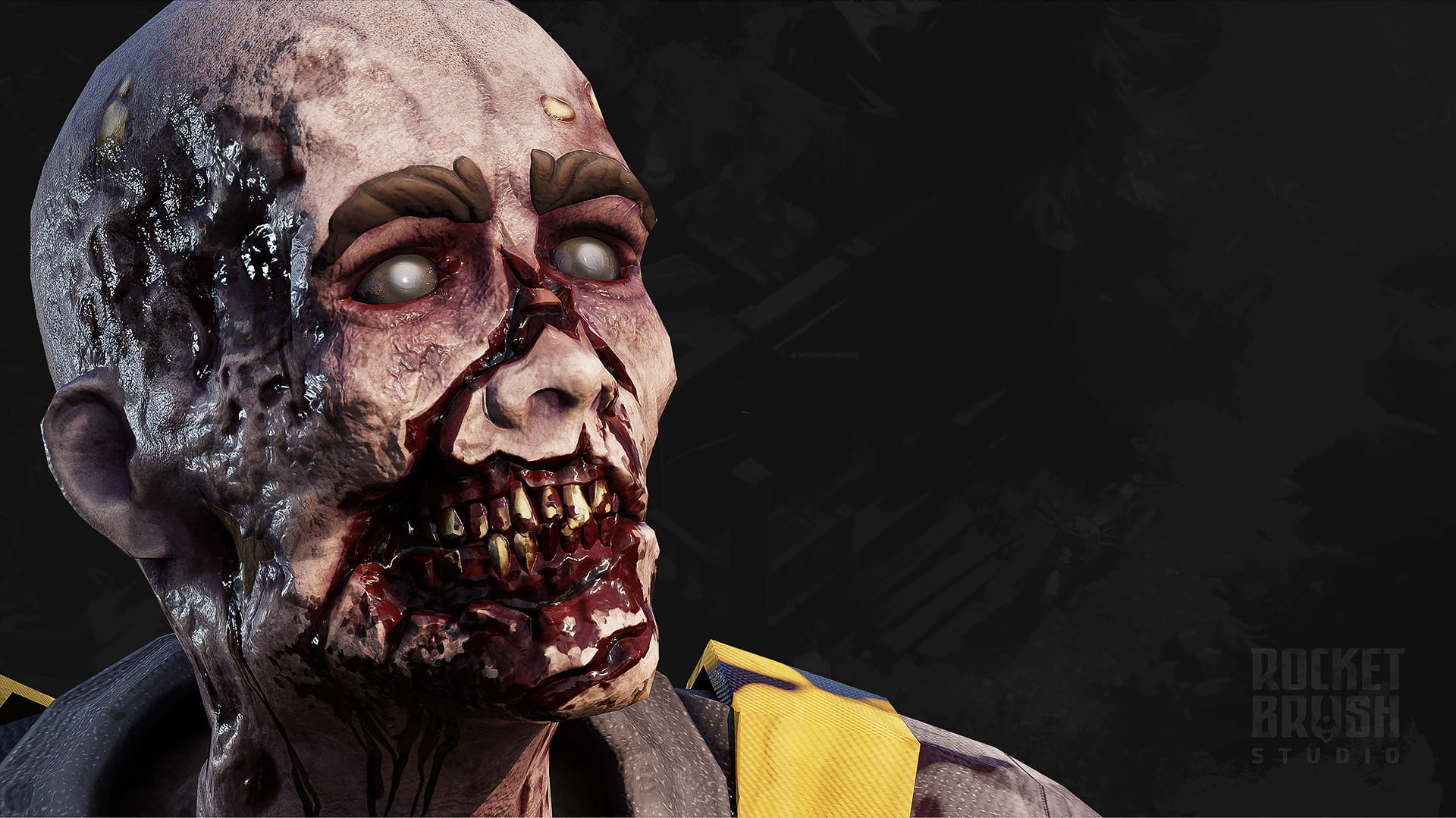 No Way Out - a stylized top-down survival post-apocalyptic game project utilizing real-time 3D and Unreal Engine 5. We used a modern approach to designing stylized 3D characters, UE5 environments, and props using the standard full-cycle pipeline which is widely applicable in the game development: Blocking → Sculpting → Retopology → Texturing → Integration into the game engine. A similar version of this pipeline is used in mobile game development.

In the first stage, using simplistic objects (cubes, spheres) to find the right shapes and proportions we made the blocking of the characters. Having confirmed the basic shapes and the necessary proportions, gradually increasing the number of polygons, and adding more and more details, we have finally achieved the necessary result, after which we moved on to the next stage - Retopology.

With the help of Maya Quad Draw, we created a custom topology completely ready for rigging and animation. As the result, the Biker and Zombie characters ended up having 11290 and 11135 triangles respectively.

For the texturing process, we used partially drawn hand-painted textures, tiles, and masks in Photoshop, and created a standalone set of textures for each character. Since the goal was to create PBR Semi-Realistic textures we decided to abandon the Specular / Glossiness pipeline in favor of Metallic / Roughness (BaseColor, Normal Map, Metallic, Roughness, Height, Emissive, Opacity Mask). The original textures are made in 4K resolution to allow a margin for adjustment without losing their quality. When integrating textures into the game engine, the resolution was lowered to 1024px for optimization purposes.

Each character has a basic rig, including face and skinning created in Blender with the aid of Human Meta-Rig and Rigify.

Integrating an asset into the game engine involves importing a .fbx model, rig, animation, materials, and textures, following the file naming rules (SM_ - for Static Mesh, SK_ for Skeletal Mesh, M_ - for Materials, T_ - for Textures), as well as setting up the material itself and creating a Material Instance for the convenience of adjusting material parameters.

Why we chose Unreal Engine 5

We preferred to rely on Unreal Engine 5 in this project for several reasons. Unreal Engine is an incredibly powerful tool provided by Epic Games, which is used to create all sorts of projects ranging from simple mobile Match 3 games to AAA titles like Fortnite, Valorant, Sea of ​​Thieves, and many more. It’s absolutely free for non-commercial use and provides the best technology on the market at the moment. That’s why we couldn’t resist utilizing this powerful tool to create No Way Out.

The potential for the 3D projects in this style

There is a high capacity for the complex long-term projects like No Way Out in our studio. We rely on the high expertise of our team and continuously invest in our competencies in the 3D area. Do not hesitate to drop us a message to discuss any opportunities.