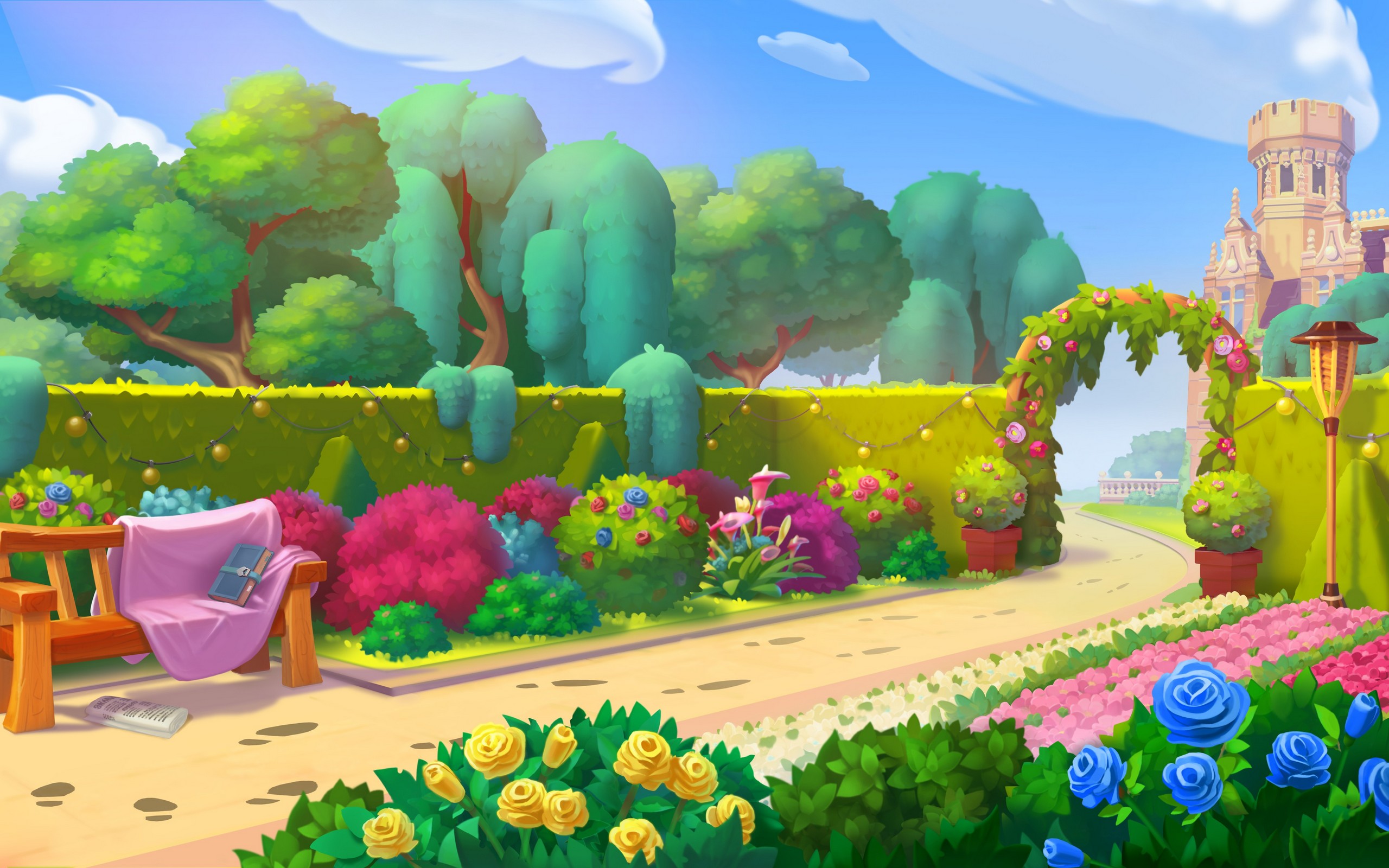 These engaging 2D video game backgrounds and loading screens were commissioned to our art studio team by Uken Games for the Ava's Manor mobile game. 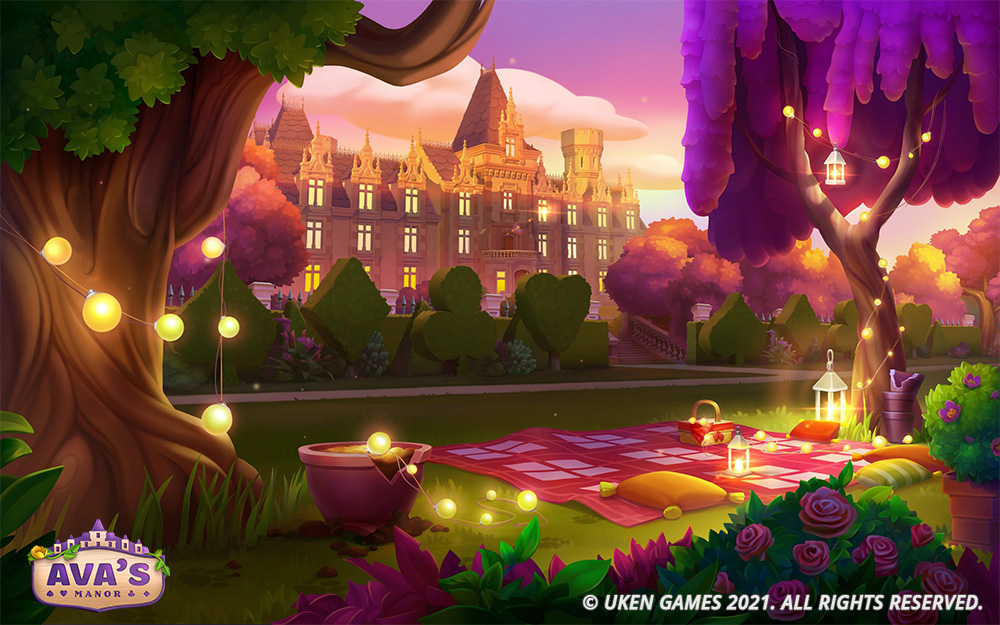 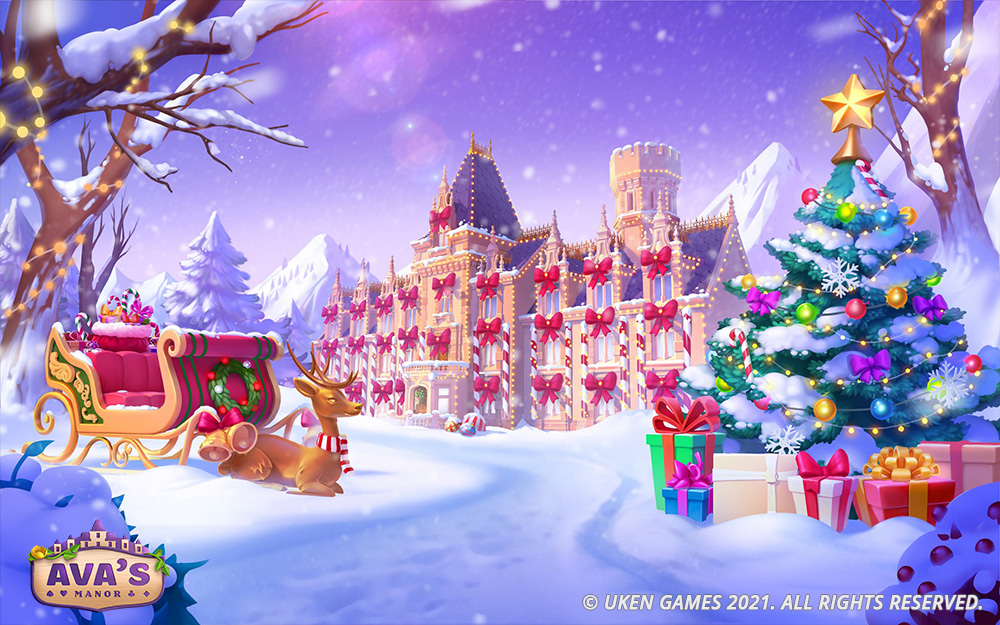 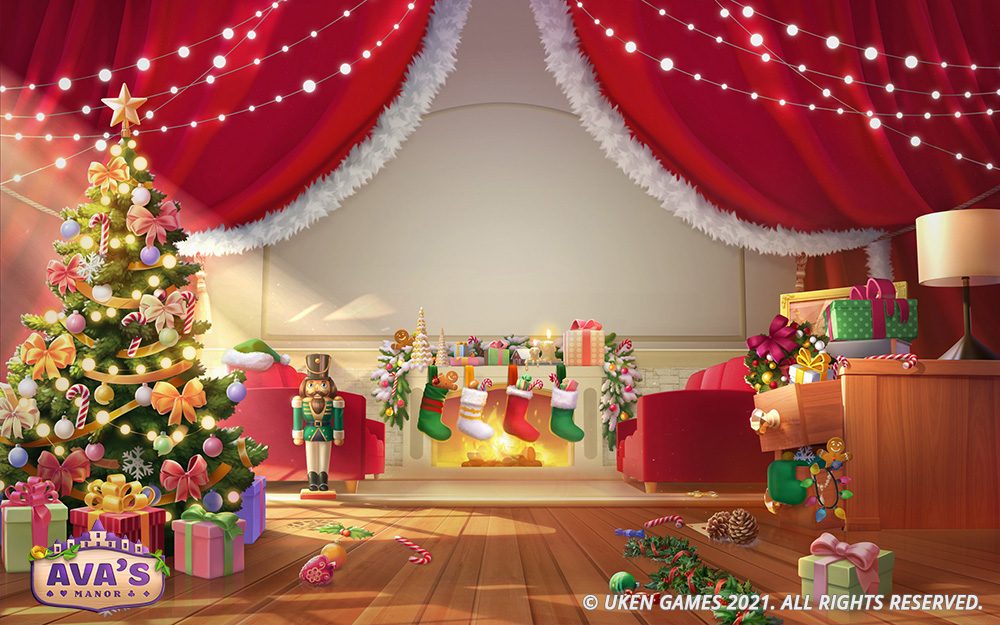 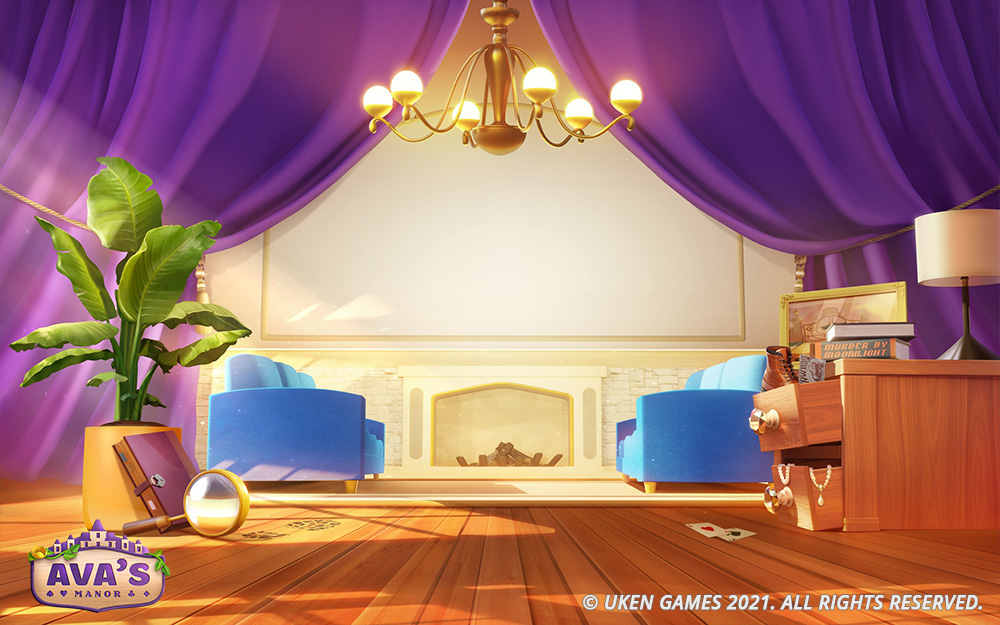 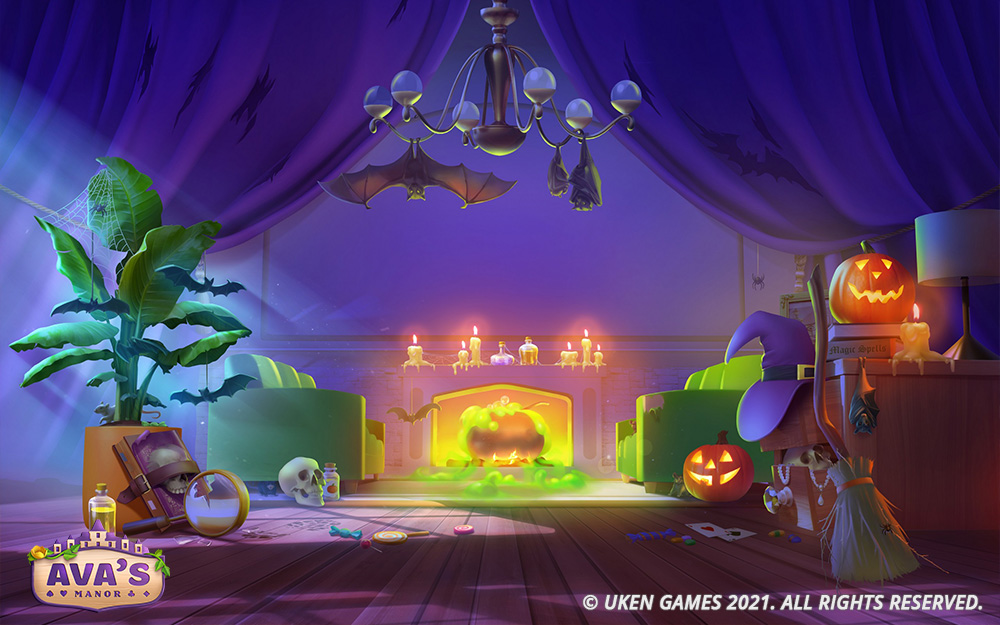 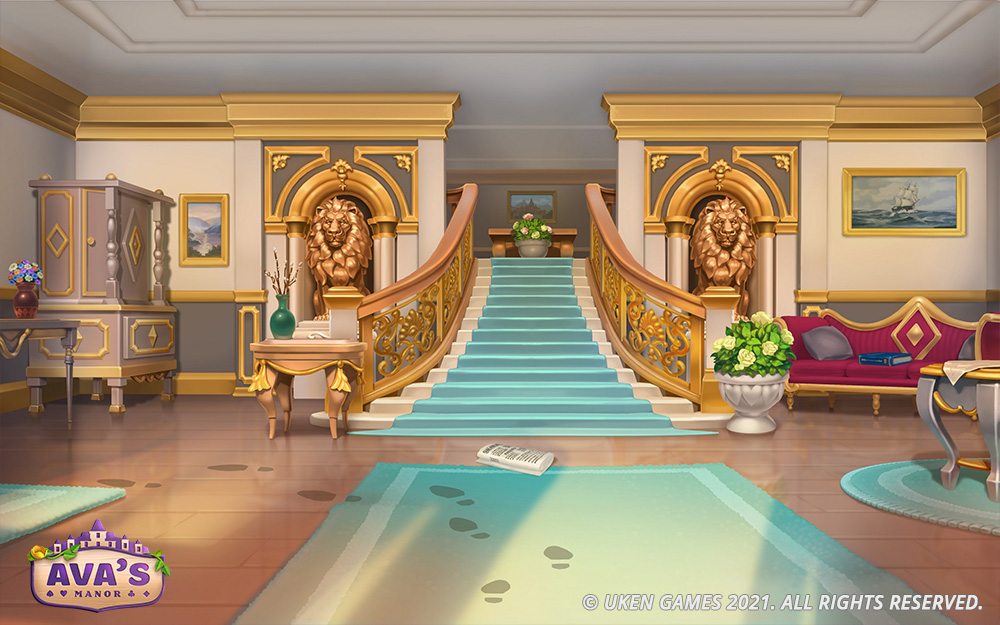 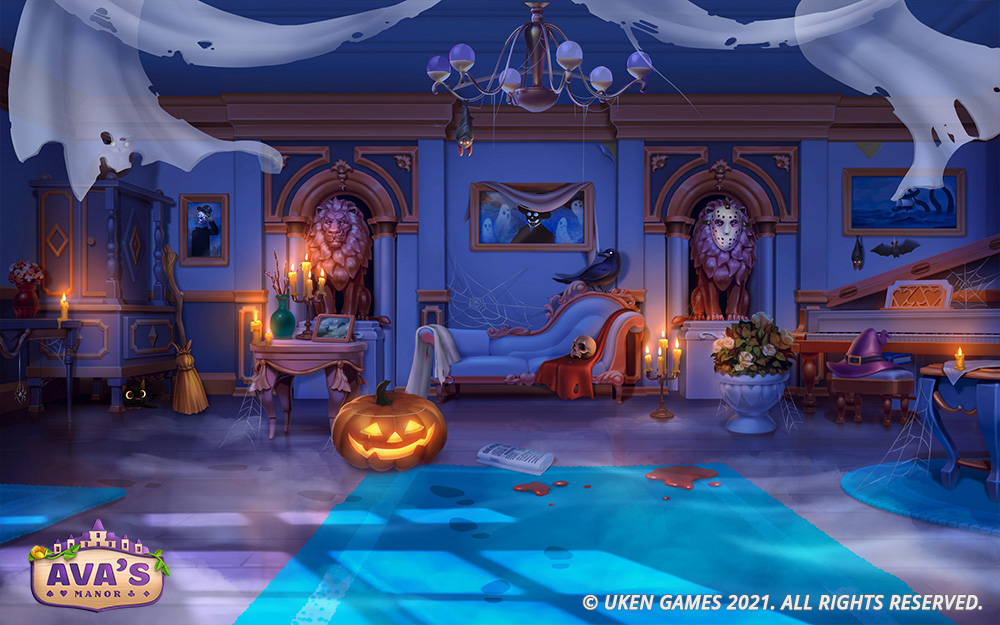 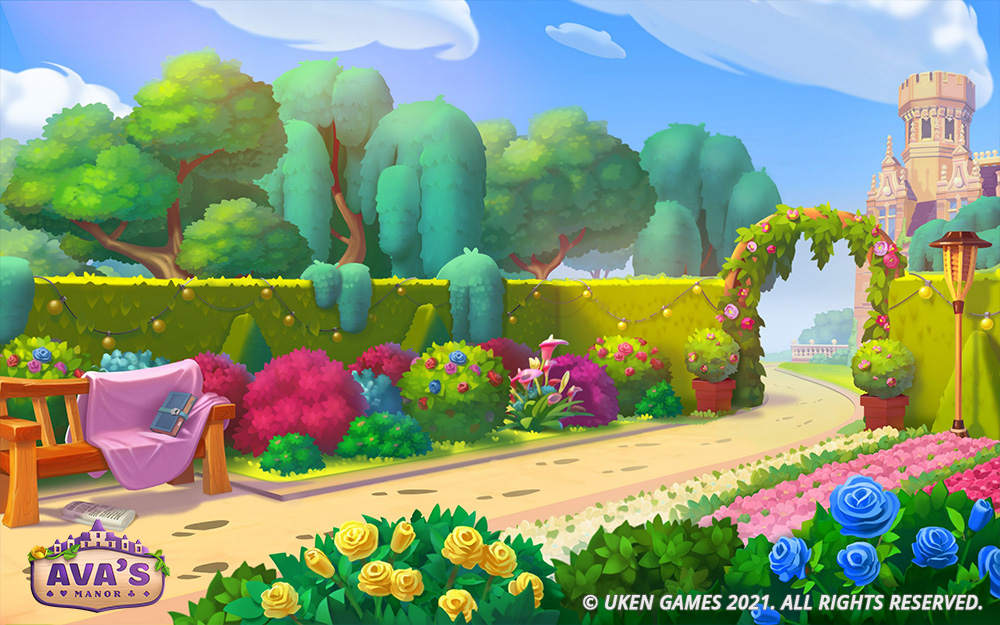 When we look at casual mobile games, the backgrounds there achieve several key goals: setting the theme for the whole level, conveying the overall atmosphere and lore of the game, and serving as a foundation of the level design and user interface.

Working on the game background we usually need to take into account all those factors and make sure that our key eye-catchers won't cover the UI elements. Therefore, it’s good when we have a UI layout and can use it in our design draft. Usually, there is the whole art guide coming in together with the project brief, and containing both the guidelines and UI layout draft to make it easier for our art team to cross-check our background concepts against the in-game UI and make sure we won’t cover any vital parts of the interface.

Another point of concern is to find the appropriate color balance and contrast that would emphasize the key components of the gameplay without dragging too much attention to the background part. And at the same time, some parts of the background still need to catch the eye of the player. So as you can see, it’s not only about creating a beautiful image but also about finding the right balance and take into account how the player interacts with the game, how their attention is spread across the UI, and the gameplay elements.

A background can also be part of a gameplay or level design in case there’s animation involved. In this case, the task might additionally require us to apply specific layering to the background, or cut the various objects so that they could be later animated. When working on a side-scroller or a platformer, we might create additional parts of a game background that are usually hidden beyond the edges of a screen. Once the player reaches the edge of the screen, the background moves to the next piece of the level. In this case, we are usually required to cut the objects in a way so that the animators can create a parallax effect amplifying the effect of immersion for the player.

What is the difference between game backgrounds and loading screens?

Ultimately, the difference is only in the way of utilizing them – if the image is showcased to fill the time between completing one level and loading another one, it’s naturally a loading screen. If we rather use it during the gameplay – it’s a background.

An additional factor that makes loading screens more distinguishable from the gameplay backgrounds is that we do not need to take into account so many nuances compared to the latter one. When the level is loading, the player does not interact with the UI, all their attention is focused solely on the screen. Thus, creating an image to be used as a loading screen doesn’t need to have a lot of limitations in terms of UI elements and contrast. We can make it more vivid, with a lot of points of attention spread throughout the composition.

On a typical loading screen for a mobile game be it a Match-3 or a game art for a Hidden Object game, we depict a view on the upcoming level, a specific environment location, or an object meant to uncover another piece of the lore. This kind of work usually involves a lot of creative freedom, therefore this is something our artists enjoy working with a lot.

We had a blast working on this particular project. Having created the 2D game backgrounds in the chosen art style helped to convey the warm and cozy feeling and immediately inspire the players to join Ava in her amazing adventures. These video game loading screens were part of the task as well and helped to keep players immersed in the game atmosphere between the levels. In the end, we managed to pass the thrill of discovery and invoke positive emotions to the players of Ava’s Manor. This wouldn’t be able to achieve without the joined efforts of our art team and the team of our dearest partner Uken Games.