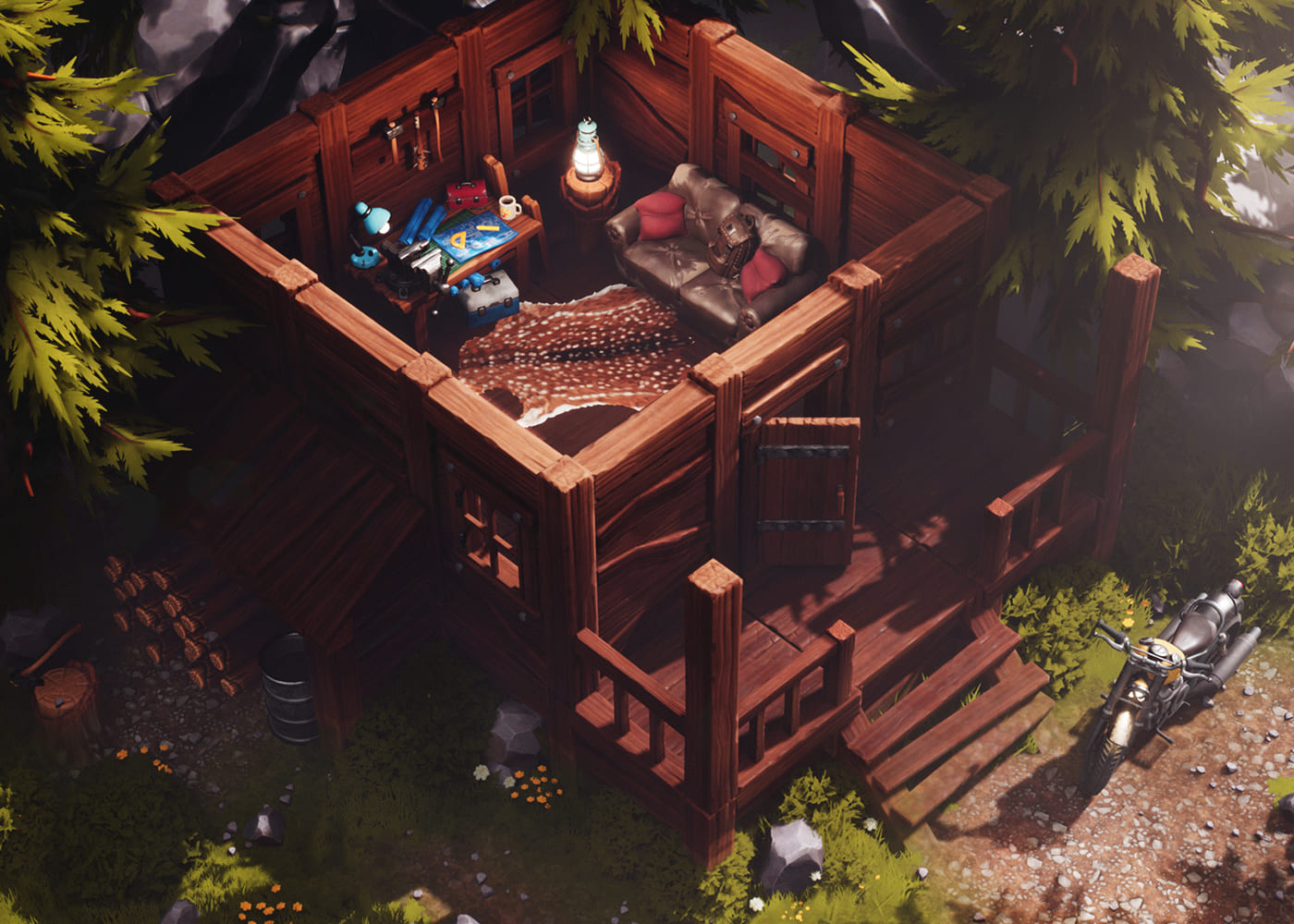 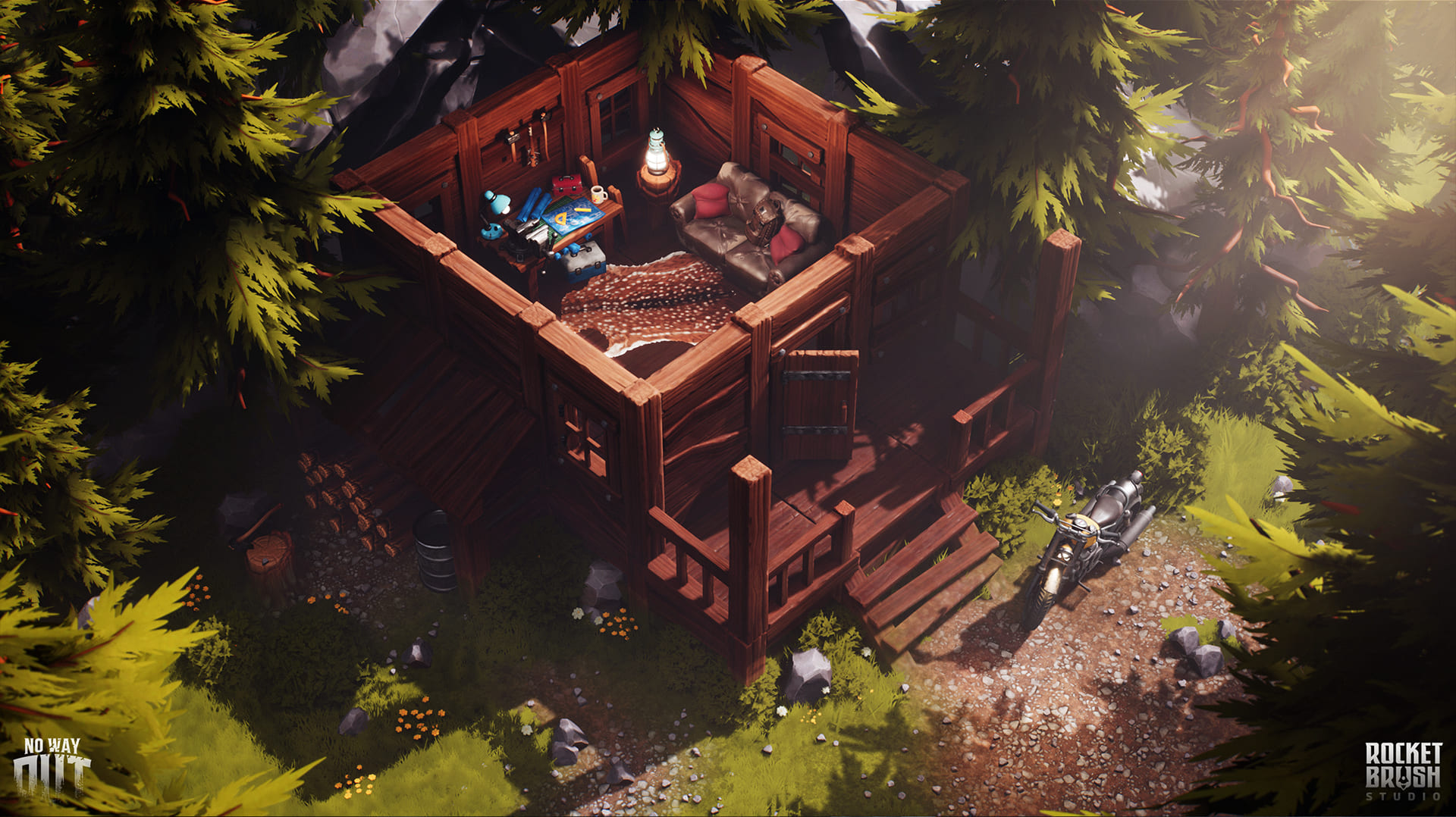 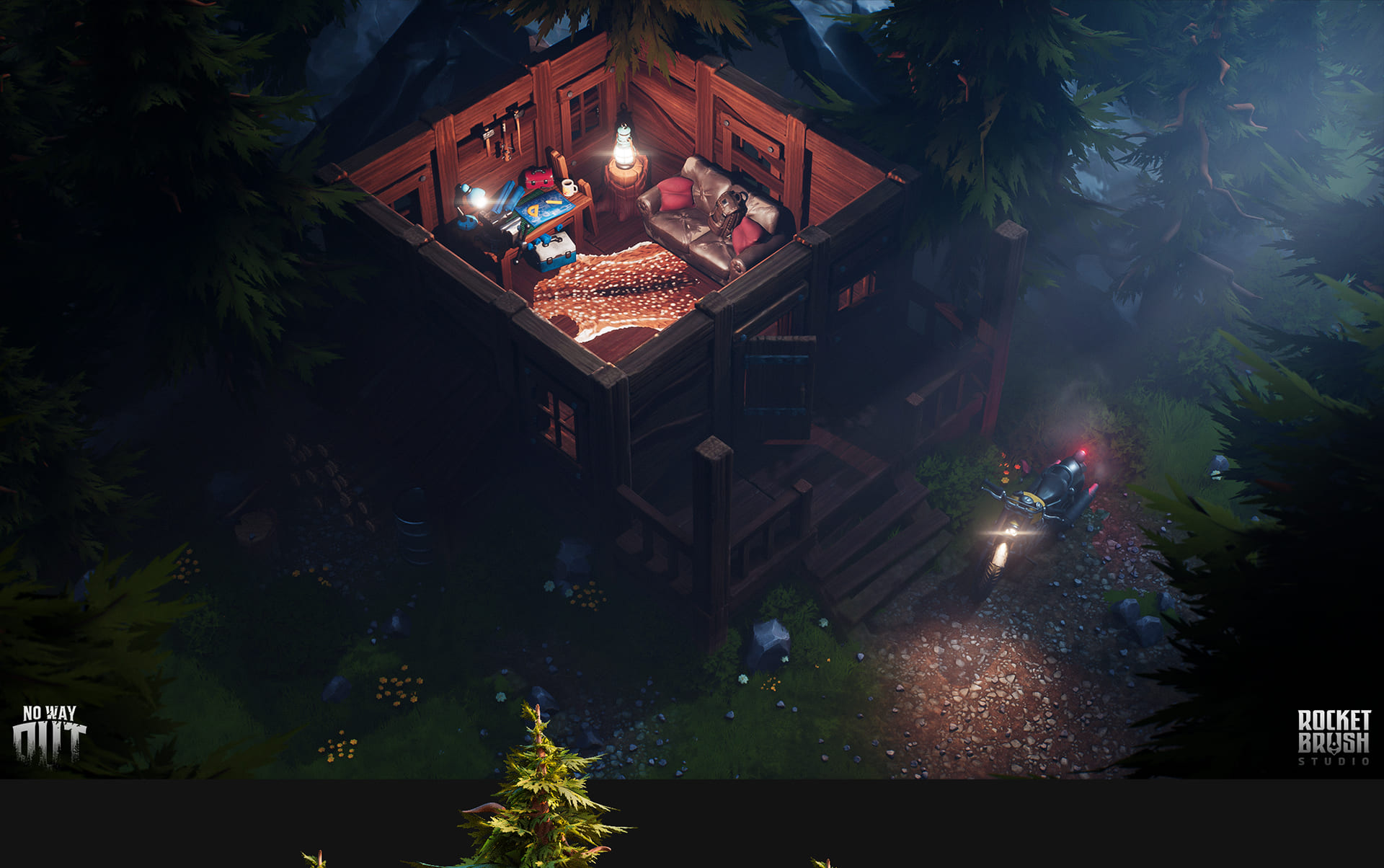 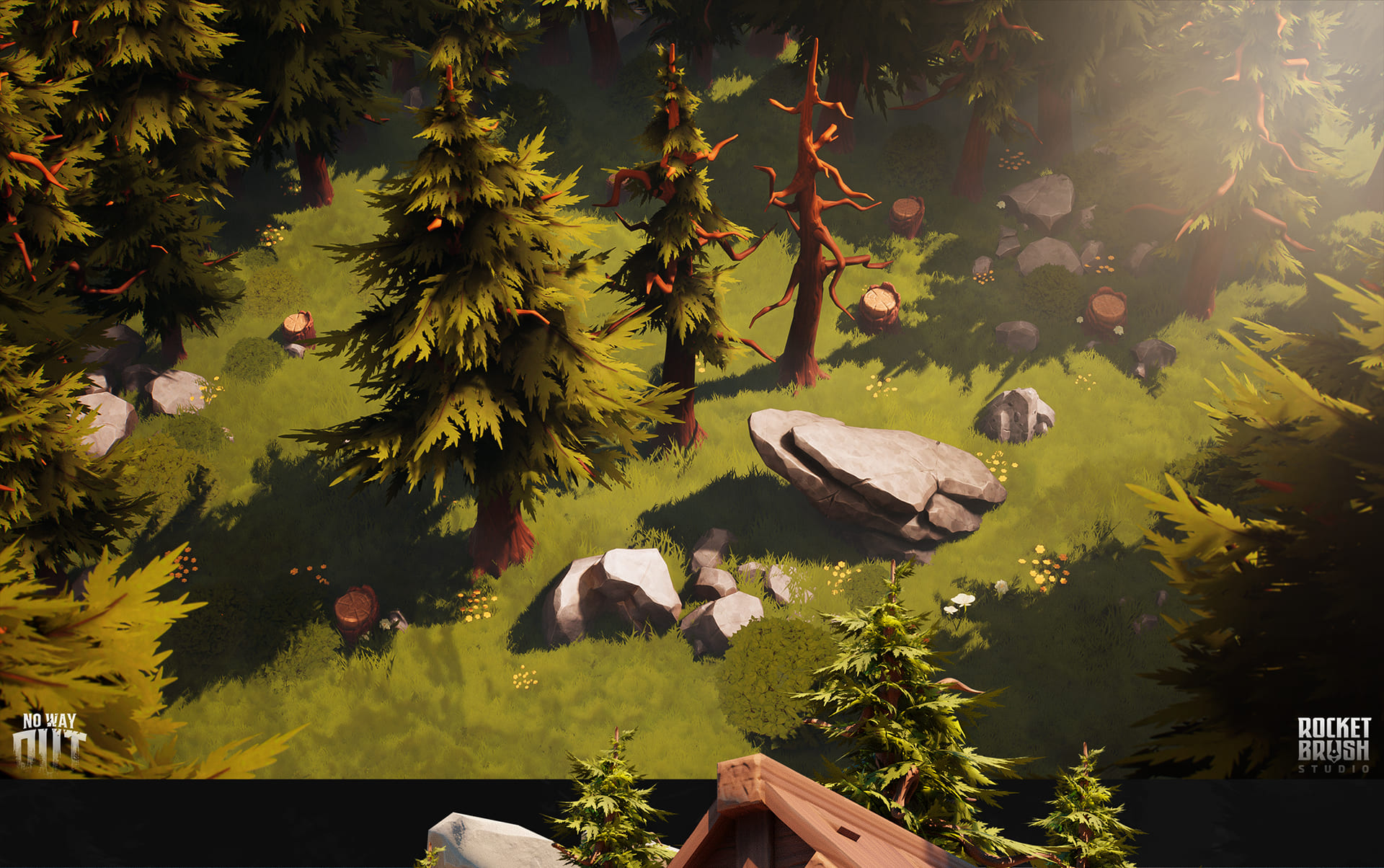 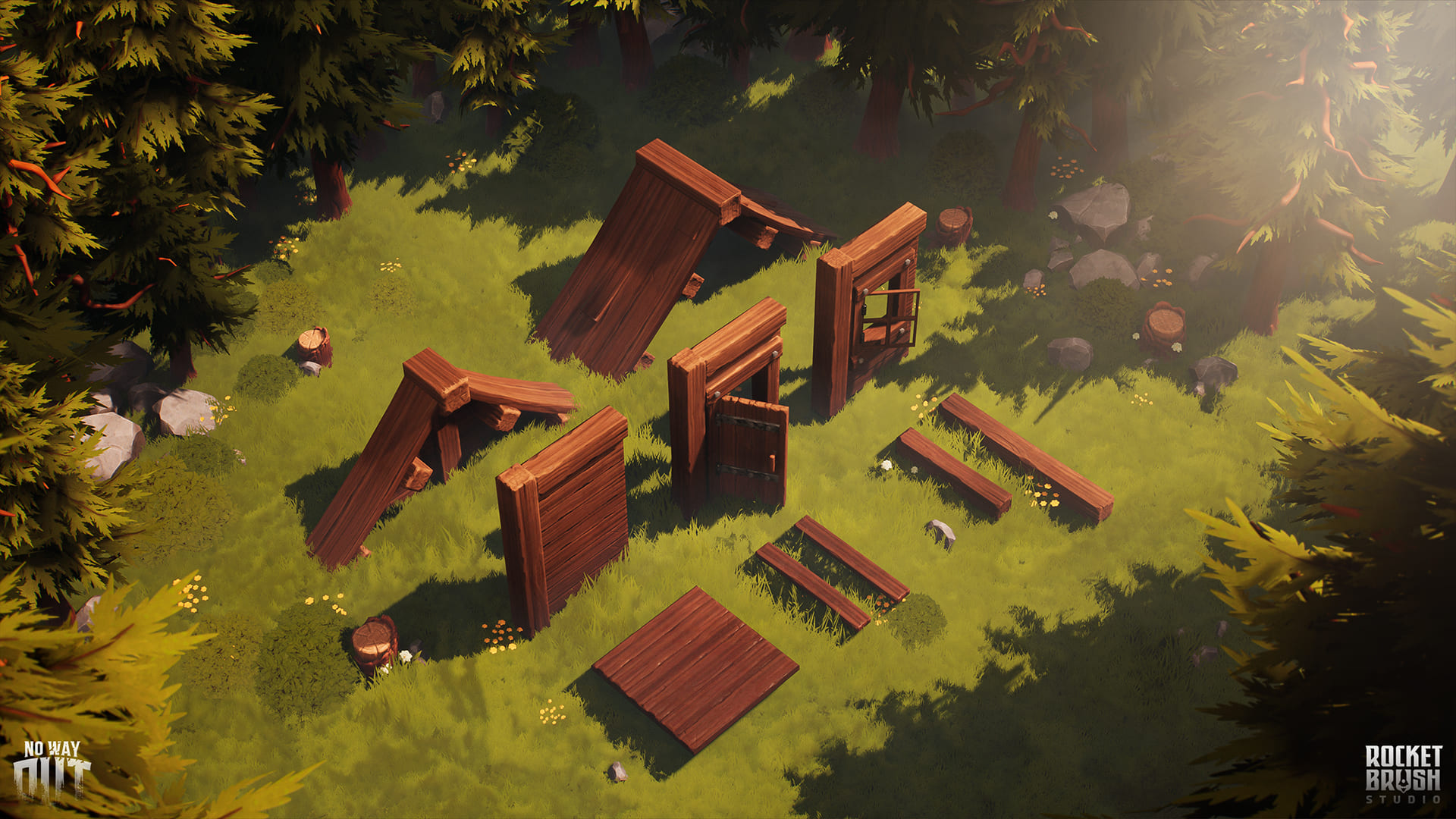 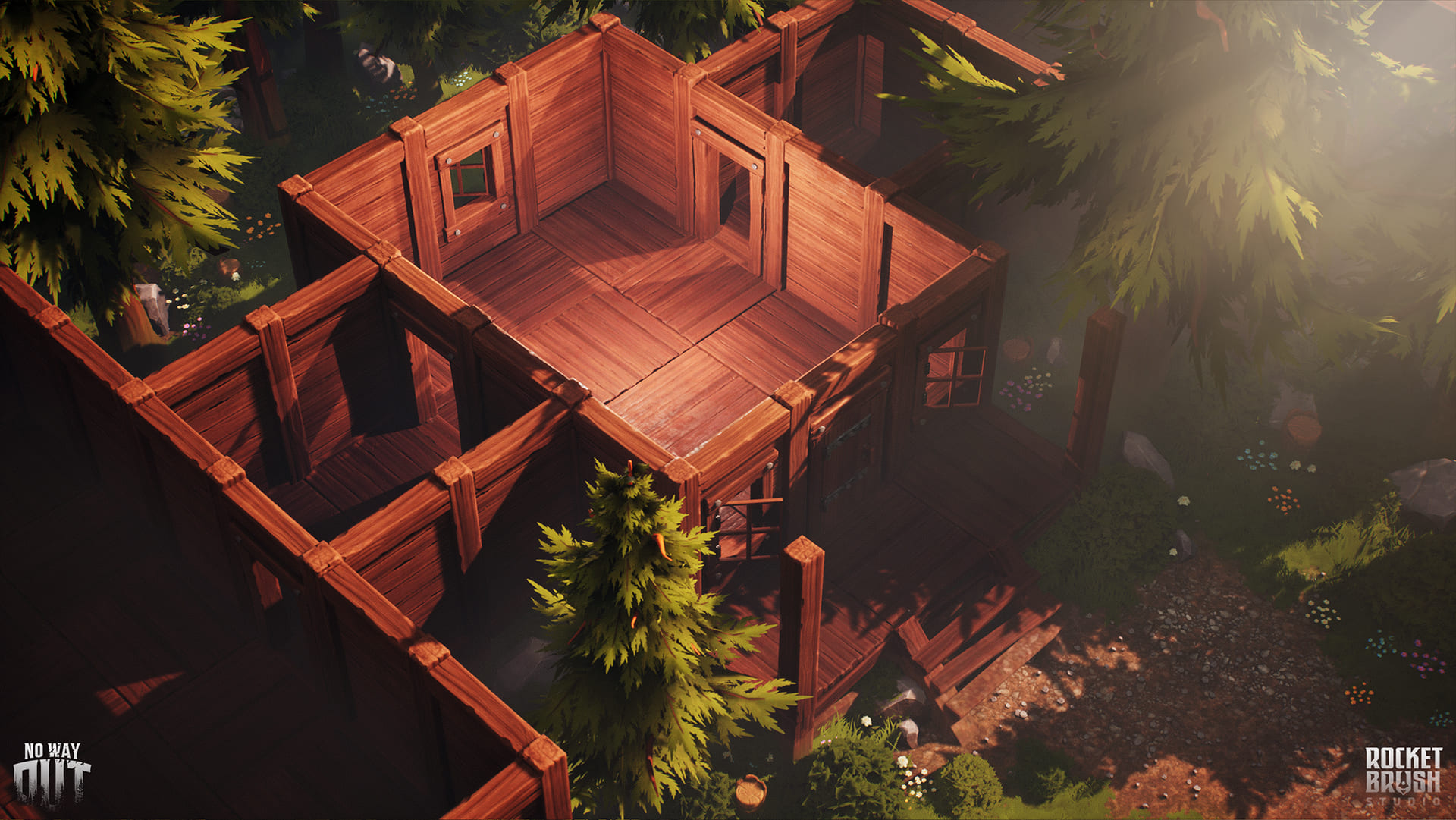 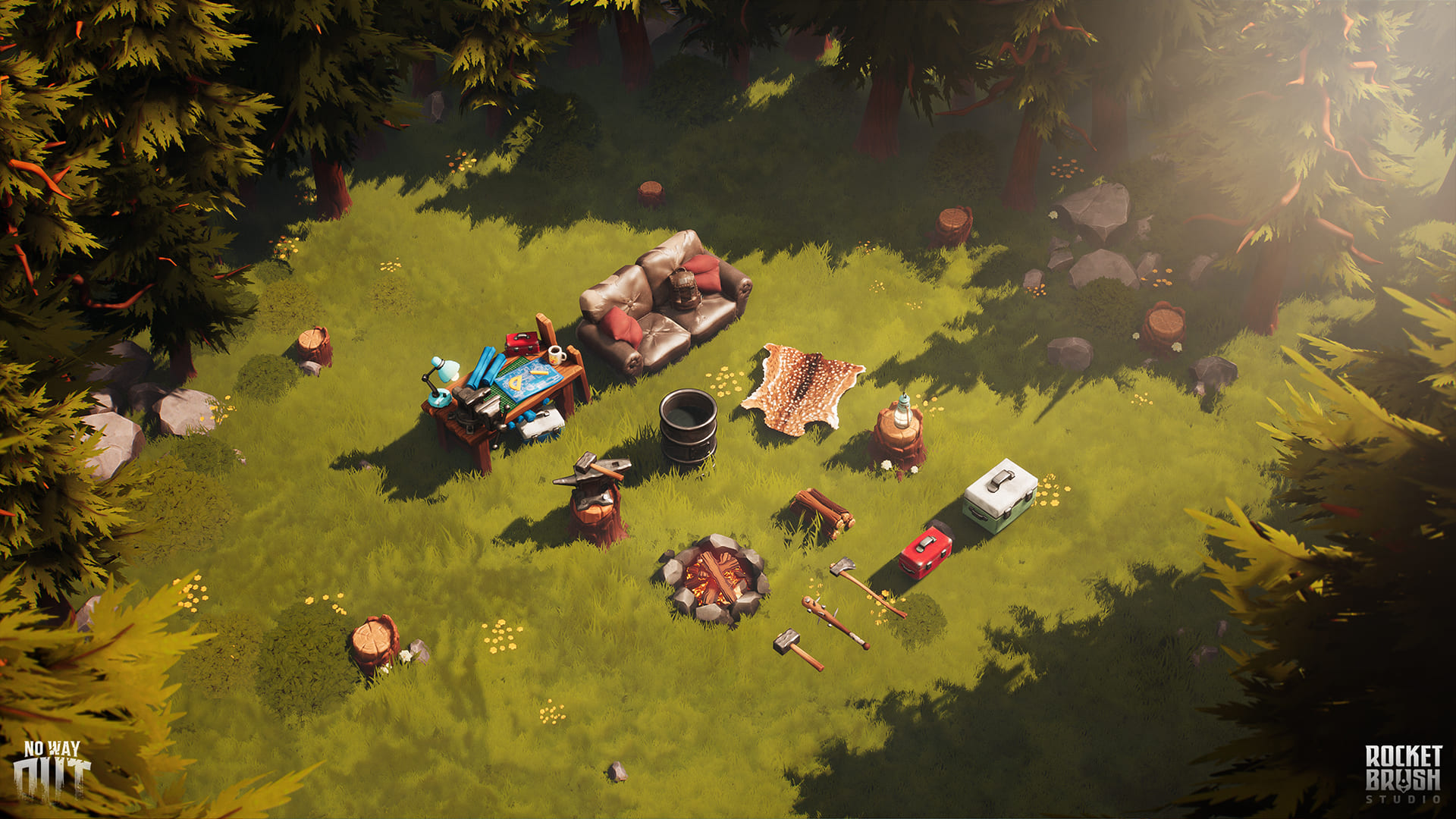 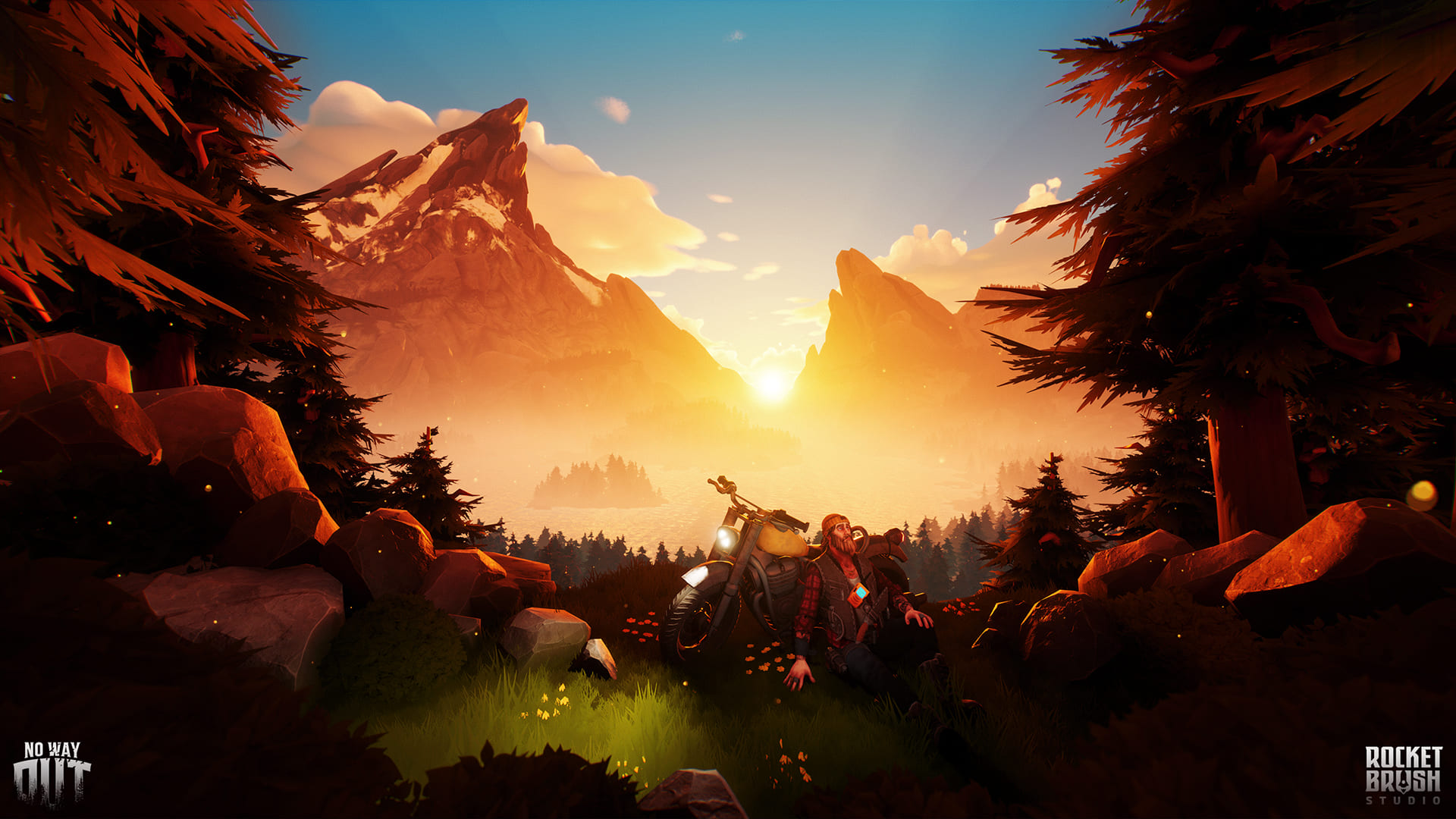 One of the most vital aspects of a game is its universe portrayal; players will interact extensively with the elements on a game’s map. Therefore, even the most minute assets in the game world can shape the atmosphere for its campaign. During game development, the environment design is vital to create an image of the game’s lore for players. Defining an art style for this segment of a game is crucial and must undergo various analyses. Nevertheless, environment art can be a general term, encircling several different disciplines, such as Level Design, Textures and Props, Lighting, World Building. So, before venturing deeper into setting the style for the 3D game environment, let’s discuss the basics surrounding it.

When developing the game world, we have to take into account several crucial factors and rely on the the experience that comes from the 3D environment designers and game developers on the team. Luckily, in RocketBrush Studio, we do have an experienced environment artists that contribute to designing 3D and UE5 environments for our game art projects and services.

Beginning the environment design with concept art and composition

The game environment and art must reflect the universe of your game and become another tool to convey the game or scene narrative. Here we have to grasp the lore elements surrounding the game before proceeding further. The idea of a No Way Out world was inspired by several popular post-apocalyptic themed games and media, so we had planned it in advance. The concept art is crucial at this point, so is the artist’s capacity to gather and use the visual references and a mood board to set up the atmosphere and an overall style direction. It’s unlikely to achieve a consistent and solid world atmosphere by blindly creating and adding assets without the references. The fundamental idea of the game world is a center point of the all further development. Probably, the most remarkable outcome comes from the game artist's ability to harvest the concept idea without copying it entirely from the references. It's not something easily learned, but rather something that gets absorbed and put to work throughout the artist's career.

Although it is possible to use non-original 3D models from the asset stores, they must work together eventually. Even more, all 3D assets and props must be able to fit the narrative. In this case, it’s doubtful that random assets from different third parties will work smoothly within the game world, especially if it's quite large. When approaching a project like No Way Out, we created a fully unique and original artwork followed by 3D models specifically designed by our art team. As we decided to rely on the Unreal Engine 5, it was quite crucial for us to learn the materials, shaders, lighting systems, and the overall process of setting up the scene within the game engine. Knowing how to use terrain tools is also vital when crafting the game world. In this case, we had also to familiarize ourselves with how the water, atmosphere, and landmass will be working together. Drifting away from the software’s vanilla tools and using add-ons can be highly fruitful if we have to increase our capability. Packages such as Houdini, Instant Terra, World Creator, and Gaea are outstanding industry-level instruments for world creation one might find useful at some point.

Knowing the fundamentals of landscaping is necessary. So, observe and study erosions, vital components in natural formations. In this sense, learning to add specific assets on slopes and high-altitude points can result in conveniently immersive scenes. The best allies in this process are the brushes. When using a terrain editor, such as Houdini, you can implement brushes, enhancing the variety of erosion types. Some alternative tools that are valuable for landscaping development are UE4 Foliage and UE4 Landscape Grass Type. Unreal Engine 5, in its turn, provides amazing Landscaping Tool that allows to work with various terrains and design them according to the project needs.

Working on the environment lighting can be a bit tricky. In 3D scenarios, every region holds multiple lighting possibilities. Unreal Engine is a highly recommended software for environment lighting thanks to its multiple tools, allowing artists to combine directional light, Post Process Volume, skylight, and exponential height fog. Working on the environment, we should highlight the scene’s atmosphere with the lights, strengthening the world’s vibe with contrast and presence. A great way of achieving this is by strategically implementing shadows and emphasizing particular assets. For instance, this screenshot from “Kena: Bridge of Spirits” presents a lightly dimmed area where the player is. However, a few feet above, the skylight indicates some type of monument, intuitively making a path for the player. There’s something important there. Furthermore, it’s possible to see the path progressing into the shadows, showing that the structure extends for a reasonable distance above.

Working on the No Way Out project, we had to take all of that into account to create an atmospheric lighting that would complement the scene and result in having high-quality visuals.

Unreal Engine contains a valuable tool palette, allowing artists to create scenes and environments without many obstacles. Therefore, giving preference to Unreal instead of third-party software can be highly fruitful. Still, one must track a few of Unreal Engine essentials concerning stylized environment design to progress effectively. As aforementioned, concept art is essential when building any environment for a game. In Unreal, blocking the environment and integrating concept assets is a fruitful start. In short, we have to focus on two main structures from the environment when working with Unreal Engine: setting up the lighting and creating stylized 3D assets.

Setting up the Lighting in UE5

To light an environment in Unreal, we have to be familiar with the software’s directional lighting. When implementing this type of lighting, ensure the focal point receives most of the contrast. For stylized pieces, it might be very fruitful to create colored lighting. So, depending on the mood you’re aiming at, you can define the skylight’s color for something to filter the scene’s atmosphere. After setting both directional and skylight in the piece, we can progress into the post-process. During this stage, we have to prioritize the contrast. For stylized environments, the contrast creates a crisp and clean atmosphere of the scene. Therefore, the more contrast – the more stylized-like the game will feel. In Unreal, we can apply exponential high fog to a scene, improving its look, especially for stylized environments. The main parameters to adjust when applying this are volumetric fog, and fog density – like with the skylight, coloring the fog can enhance the overall look concerning the mood we’re conveying.

When creating stylized scenes, we have to look for 3D assets with the features that we could exaggerate. In this sense, enhancing shapes, proportions and colors produces a stylized vibe. So, when developing props for the scene, we have to make them somewhat distorted in some points. The visual exaggeration must have a sort of meaning and uniformity. It shouldn't the stylization for the sake of stylization, but rather to convey the specific mood of the 3D scene. The modeling and texturization to create stylized assets focuses on color, oversized or distorted shapes, semi-realistic vegetation, and sculpted foliage. Working on No Way Out, we had to take into account the uniformity of the stylization and strived to achieve the look and feel of slightly non-realistic, but persuasive and believable world where our hero, the Biker, survives and builds his life.

To design a stylized 3D environment and art, a proper workflow is a paramount. It’s a challenge to have it all sorted out before starting the actual modeling and design. Our usual approach is to invest time putting together a mood board, reference images, and asset list at the pre-production phase. Some might prefer using third-party tools to assist you, such as PureRef. At the start of the scene, design the general architecture of the environment, do not overwork every prop and asset until the basic composition is formed. Another challenge in creating 3d environments is optimizing the timeline. In this case, we wanted to design the basic concepts and scene layout as fast as possible before too much time passes. We shouldn't rush it, but taking too long may also risk in diverting the original thoughts and deviate from our initial course of action, which might be detrimental to the environment design process. In other words, we might take too long to design concepts and assets that won't make it to the final scene, or that will require a significant re-design later on when we check with the art direction.

Working with No Way Out, we invested our time to designing the concepts and adhering to the initial art direction at all stages of production. We have also optimized the workflow by relying on advanced resources and tools that Unreal Engine 5 provides, and believe it is a truly next-generation tool for designing immersive stylized 3D environments for games. Feel free to reach out to hello@rocketbrush.com to discuss 3D environment design with our studio.

How to choose the art style that fits your game