How to Choose The Art Style That Fits Your Game 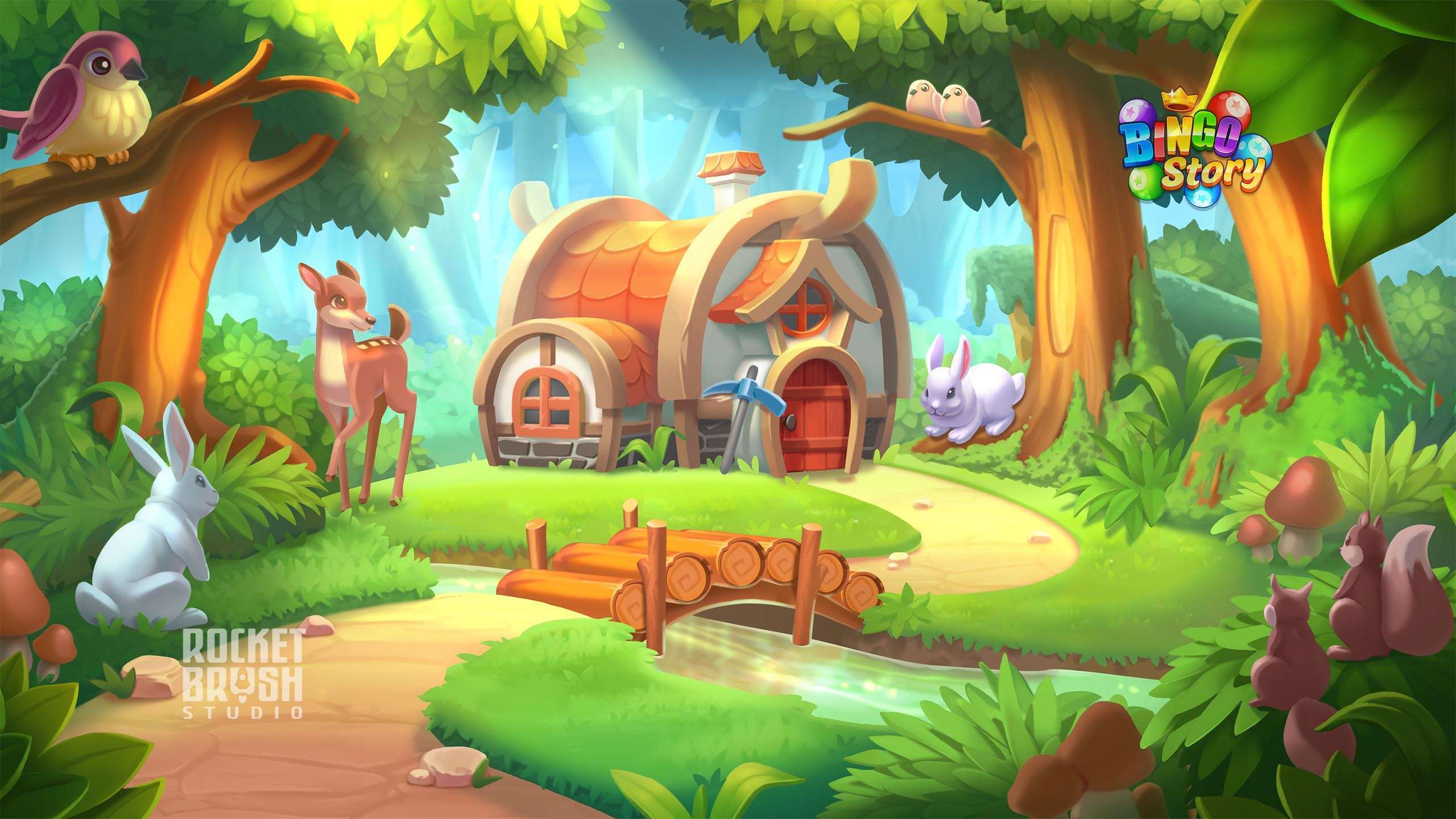 Graphics is what catches the player's eye at first contact, it becomes a vital foundation, a bridge between the game and the players. However, in its beginning phase, game development focuses on finding the pillars of the future product by deciding on the core gameplay loop, the narrative, and finding the right game art style. While a game designer is busy finding the working concept of the core gameplay mechanics and proving it through the iterations of functional prototyping, the art lead faces the hard choice of implementing this concept through the visual style of the game. The whole work needs to show a balance between each of its components, but most importantly - to convey the essentials of the gameplay through the art. Let's see how impactful the art style can be for a game.

How to choose the right art style for the game

Aligning the art with the intended player's experience

First, it's recommended to align the main features of the game and its expected user experience with the visual style. For example, Neopets game is a worldwide famous browser title with a cute cartoonish art style that strongly conveys Pokemon vibes. In Neopets, the stylized drawings for the characters/universe appeal to children, creating a solid bond between the game and the audience.

It's worth keeping in mind that the demographic trends are indeed quite vague, so instead of relying on an outdated notion that the audience N prefers only art style L, it's better consider the gameplay experience and general angle of the game. For example, Animal Crossing: New Horizons focuses on relaxing experience with a strong emphasis on the non-violent social interaction.

The lore of a game hugely interacts with its art direction. The main story sets the overall feeling and atmosphere of gameplay. In this sense, the art style should be able to enhance most of the game’s message, invoke feelings and emotions and help to further immerse player into the narrative. For instance, the main lore of “Batman Arkham Knight” revolves around Gotham, a city haunted by corruption, violence, social inequalities, poverty, and crimes. So naturally, it isn’t unexpected to mentally picture this place as cold, colorless, sad, and nightly.

These characteristics emerge incisively through the game’s graphics conveying it through realistic 3D models with hand-painted textures. The players shouldn't doubt that they are in fact within the Gotham City. And it's going to be merciless.

As for the pure, emotionally-driven stories, such as Life Is Strange – the game uses lens flares and appears to be constantly under a “foggy” filter to create a filmic and somewhat cozy effect.

But the overall art style is still semi-realistic - with somewhat distorted proportions and stylized painting making the characters look real enough, but a if we were looking at them back in our memories or through reading a diary of a close person we used to know.

But don't forget about the gameplay. Stardew Valley hasn't become hugely popular just because it's amazing pixel art. However, its bright colors and high-quality implementation of the pixel art environment has definitely become a signature of this game. Check our previous piece if you want to read more about pixel art evolution and reasons behind its popularity.

Finding the balance between the quality, the budget, and the capacity of the art team

Setting up a high level of quality of the art is a common problem for indie devs. Although understandable, upkeeping the highest-quality of the art results in extensive polishing and extra iterations at the stages of game development when we need to move forward and maintain a steady flow of delivered content. Given into account limited budgets, it might result in a crunch and eventual stall of production. It's worth keeping in mind that the art style is still something that highly depends on the gameplay. Sometimes, for a game to be fun and addictive it's not necessary to have a high-resolution visual polishing with impeccable pixel-perfect assets.

Sometimes - making a good quality art is more than enough than aiming for a perfectly unachievable visuals at the level of the Cyperpunk. So where do we stop polishing the art? – We think, right where the playtests show that the players immerse enough into the game and are happy with how the art style conveys the main gameplay features and assists in navigating through the user-friendly UI and menus.

Stylized Games and Their Art Style

Stylized games won’t have as evident hiccups or jaggies during gameplay when compared to realistic graphics, avoiding certain breaks in immersion. In terms of art authenticity, stylized art opens the room for a unique drawing style. For example, we can spot a Telltale game and tell what company made it right off the bat; Minecraft also has this trait with its unique cube-like elements in a survival world.

Additionally, stylized games tend to have more flexibility for hardware or software. In this sense, making realistic graphics inevitably requires the latest technologies, whereas stylized visuals don’t carry this technological bond. Consequently, this type of art can significantly interact with the project’s budget. Moreover, you can also use stylized graphics to contrast different players in a game. For example, to diminish the chances of friendly fire and make spotting quicker, Team Fortress 2, initially supposed to have realistic graphics, ended up going stylized – the developers stated that an action/combat shooter game with realistic graphics could generate confusion.

Realistic and Photorealistic Art Style - a mark of AAA-game

Even though stylized graphics present various advantages in developing a game, realistic visuals can also be a highly fruitful alternative. So let’s discuss the most decisive points realistic graphics have. A game with realism-centered graphics often holds specific advantages in gameplay, art, and technology.

When analyzing realistic graphics and their role in enhancing the gameplay experience, one must envision the immersion. In this sense, games with photorealistic visuals will portray elements aesthetically closer to reality. Therefore, playing in real-like scenarios and interacting with authentic objects while creating convincing animations can feel considerably immersive, bringing the player closer to the game’s fantasy.

In terms of art, realistic graphics, when successful, can be quite uncanny. Since the most initial forms of art, we can notice how paintings and drawings had this constant goal of depicting the world as our eyes can see it. In games, achieving an industrially-praised realistic visual on graphics can place the game as revolutionary. For example, The Last of Us: Part II, a game with a realism-centered style, which along with its narrative made TLOU a massive success acclaimed by both - critics and players.

Although bringing the game close to what's called a "cinematic experience", realistic graphics sets the bar for quality, budget and game development team skill set incredibly high, making the studios rely on technologically-advanced hardware and software from the get-go. Still, in the pursuit of achieving realism with more potent tools, the video game world walks further in the “next-gen” direction having become a bridge to the most outstanding technological projects of our days. In this sense, development of the games like RDR2, Detroit or TLOU becomes somewhat a foundation with tons of data that becomes the landmark of a new industry standards.

Since every art form for video games usually carries advantages and disadvantages concerning gameplay, technology, and visual aesthetics, is is quite hard to hit a soft-spot for your project. The rule of a thumb is being realistic about the team's expertise, available budget and keep in mind that the game's visuals should convey the core features of the gameplay. In addition, it’s essential to be aware that the game’s art drastically affects immersion and public likeability. Therefore, do not decide on the title’s graphic style before studying and having a basis for its overall structure.

The ideal approach you can make before deciding on graphics is to first settle on the gameplay. After creating an initial prototype and testing it enough to gather the playtest data, you can start researching the art style that will allow the game to showcase its features better.