How to Make a Hidden Object Game That Stands Out 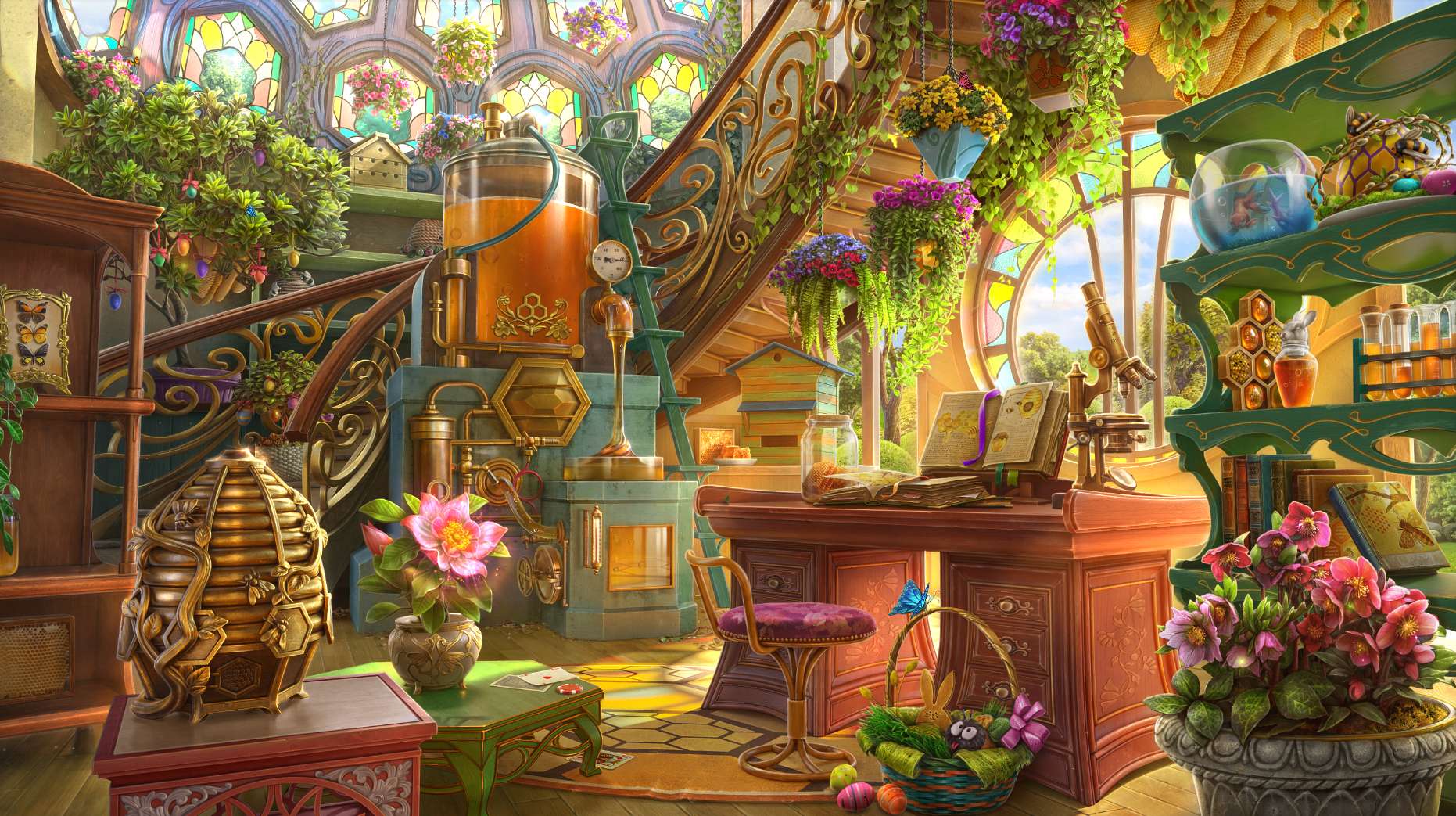 Since their debut in the early 1990s, hidden object games have continued to fascinate casual game lovers worldwide. While the genre’s growth path has been somewhat subdued compared to the other genres like Match-3, hidden object games are still a viable choice for a game developer to enter the mobile market with relatively limited initial resources.

In 2021 mobile gaming alone generated more than 93 billion USD in revenue according to NewZoo – that is more than half of the worldwide gaming market for the last year. Within mobile gaming, casual games occupy one of the hottest niches. In 2020, it made up 47% of all downloads on mobile devices. Puzzle games, in particular, have been recording tremendous success because of the vast amounts of time players spend in these games.

In the last ten years or so, game developers have been reimagining hidden object games, pushing against certain conventions, and rewriting the traditional narratives. In the process, they’re introducing the genre to new audiences. Let’s try to figure out how to make an uncanny hidden object game.

In addition to the excitement and satisfaction that comes with discovering something you weren’t supposed to see, hidden object games are appealing because they allow gamers to slow down and relax, a far cry from the one of the action games. Another feature is the atmospheric game art that helps players to immerse into the game narrative.

Hidden Object games are not limited to PC and even mobile devices – there are console versions, particularly for Nintendo DS, where users can utilize both screens to find the hidden objects. Furthermore, popular Wii sub-games have been built around the mechanic with titles such as Animal Crossing: Sweet Day requiring players to hunt down candy using friend characters within a limited time frame.

Step 1: Begin with creating a game design document that describes the core gameplay mechanics and targeted amount of content, including levels, illustrations, objects on each level, and the endgame. If you don’t like that, just ask yourself: how are you going to come up with as complex product as a video game, if you can’t describe its core features on paper?

Step 2. Think about the targeted game art style and theme you can focus the narrative on. Creating moodboards with visual references could help a lot. It’s worth checking the other successful games in the genre to make sure yours won’t be copying their style and theme too much. It’s better to set up an art style guidelines that would become the “Art Bible” for all the artists in the team. Otherwise, there is a high risk of visually inconsistent illustrations that won’t seem like they belong together. All objects should have enough contrast from one another, ensuring they're easily visible.

Step 4. Create a first demo level and try to find at least a dozen players unfamiliar with your game to test it on. Carefully gather the feedback and find key points of improvement.

Step 5: Scale up and continue improving what works while discarding what doesn’t. Continue arranging playtests from time to time – it’s better to do that regularly or you risk to detour from the main course of development.

Hidden object gameplay can be found almost everywhere, whether you realize it or not! There are different kinds of “hidden objects" available depending on what type of protagonist players choose: there might be patterned ledges requiring acrobatic leaps over gaps at quick speeds. Alternatively, an environmental clue such as collecting all blue flowers within a particular region before time runs out – or even something smaller yet more specific could simply involve spotting small items from afar like train cars speeding past overhead.

Discovering something hidden usually leads to a reward. Therefore, the idea of building up anticipation of getting it right, in the end, makes the gameplay experience fun and exciting.

A hidden objects game always works best when the player can become engaged with the story, and taking their time to explore each new area will only heighten that experience. A game environment, therefore, should be memorable not for a general attractiveness, but to contribute to the overall narrative.

When designing memorable environments, it’s better to keep them somewhat simple. Many hidden object games employ a method of dividing their environment into smaller sections that you need to search through to find what you're looking for. With this design choice, it's crucial that the player can quickly determine where they are headed and what they have yet to explore.

This often involves thinking about how the environment is divided into various zones using shapes such as triangles or squares rather than straight lines, which can distract from gameplay without adding anything. Additionally, it’s worth investing some time in looking for the right difficulty balance or you might end up making way too boring or too hardcore gameplay.

Importance of Illustrations and Art Style

Some developers will use more cartoon-ish characters while others go for a realistic graphics style. No matter what, it should be easy for the players to quickly identify the items. For this reason, some developers choose to play it safe and make only everyday objects like chairs, cars, and books, while giving other more obscure things less detail (i.e., cats, frogs, flowers) to make them easier to find.

If players can't figure out what particular items are supposed to be found during gameplay, they'll quickly get bored or frustrated with the game and quit playing altogether. So when choosing the visuals, it's better to determine the targeted art style at the pre-production stage, so that all graphical assets adhere to the same style and work together as one.

Designing environments for hidden object games always allows for a much more immersive experience even if it means spending several hours in a single room. The only downside is that having too many things moving at once will end up making the environment look less appealing — especially true if it involves looking directly at characters' faces.

One way of avoiding this is by creating an animation sequence that loops after a certain number of seconds or whenever something new appears in view. For example, "walking upstairs" animations are often presented to the player before they actually get to see them from another angle. Other animations such as NPCs talking can also be triggered when approached, although they're usually cinematic sequences with little to no effect on gameplay.

The most common type of animation seen in hidden object games is when a user finds something that may be hard to spot. When you click on an object that needs to be found, it shows a fun animation for each object. The most common animations are things popping out of the scene or items rotating until they can be identified as what you're looking for.

There are also animations used when exiting a scene or going between sections of a hidden object game. These can vary depending on what is happening, but it's usually things like the screen moving up and down, doors opening and closing, etc. When crafting your hidden object game, use animations to create a more immersive experience.

Screen sizes vary across different platforms and devices. For this reason, you should consider adapting your game design to the screen size of your targeted device.

For instance, if you made a room with a glowing exit sign at the top right corner, this will show up perfectly fine on any monitor, especially if it's running in higher resolutions. However, that same sign might not be visible enough when playing your game from a phone or tablet – even though both screens have similar dimensions!

The strength of hidden object games is their ability to create a relaxing atmosphere and time for players in an artistically exciting world with storytelling. The design of hidden object environments is both immersive and adaptive, making them appealing to desktop and mobile users alike. With careful attention to detail and immersion, this niche will continue to be one of the most popular in mobile gaming.