Top Match 3 Games - What Makes Them So Addictive? 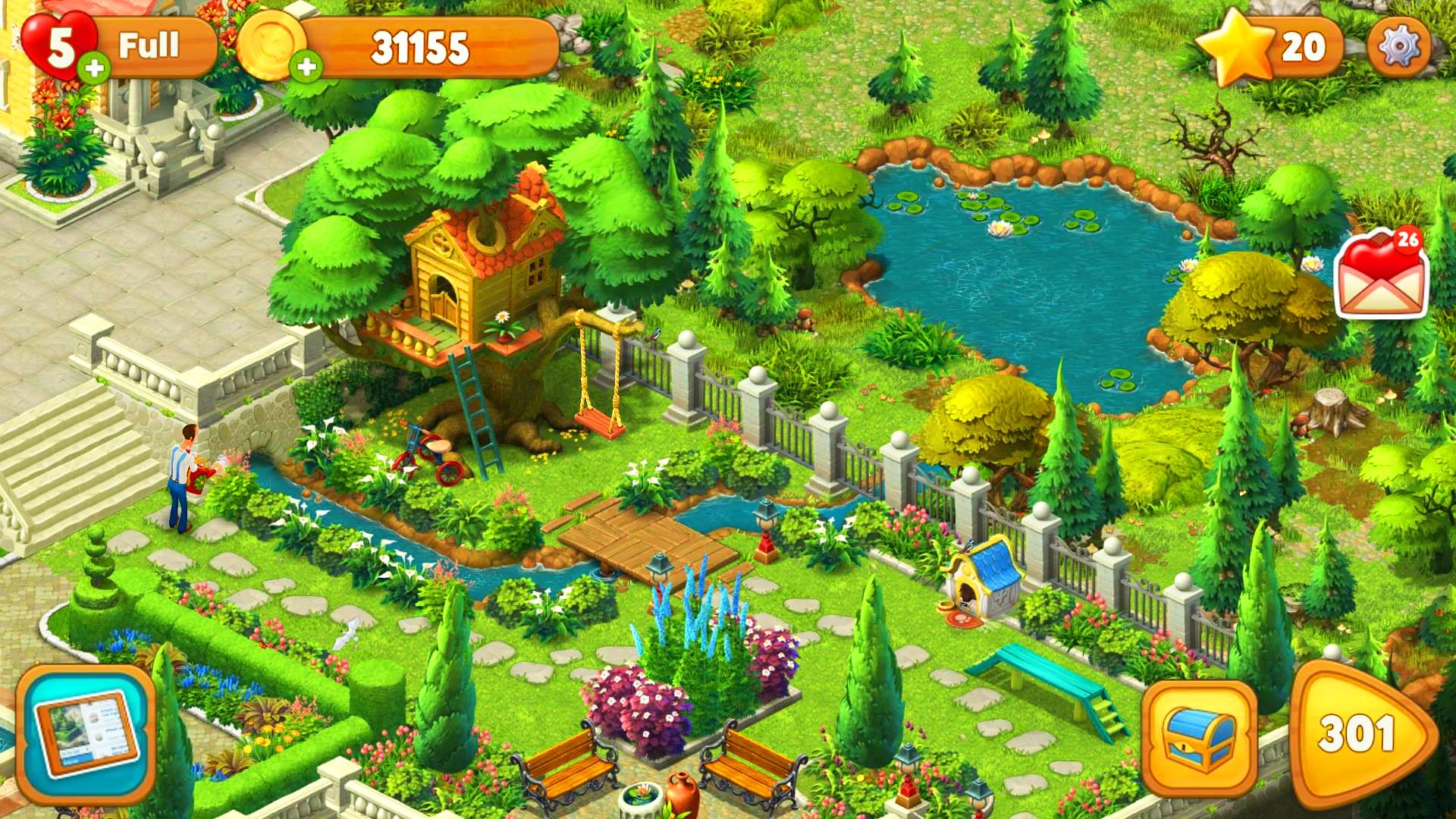 There's a feature in popular Match 3games that allows them to stand out and be more addictive, bringing in more players, and increase monetization while having the same core gameplay mechanics we've seen in dozens of other games. At first sight, it seems like these games are doing so well because of their cozy and casual art style. But if we take a deeper look, we'll see that it's not just about unique game art. There's an additional layer on top of this: a meta layer.

A Key Component That Makes Match 3 Games So Addictive

A meta-layer is additional game content that supports the core gameplay and motivates the player to be more involved with the Match 3 game. During the last years, casual games with the same old core mechanics have been adding meta-layers of design, fashion, construction, and storytelling, all portrayed by appealing graphics. This combination has allowed many of the most popular casual Match 3 games to get where they are now. Let's take a closer look at it.

Meta-layers in casual games work perfectly because they add novelty on top of a core mechanic that the players already know. Casual game players look for simple and accessible experiences, and there isn't a more familiar core mechanic than the one they've already seen a dozen times. On top of this, the meta-layer adds the novelty that drives them to play the game more. Meta-layers can be appealing to players for various reasons. Sometimes they allow the player to express themselves, like making aesthetic choices for their character or home.

Other times they give them a greater sense of progression over the long-term that goes beyond a level number - the most popular cases being progressively fixing/building something and amassing collectibles. Some games also include storytelling in their meta-layer, which develops as the player progresses in the game.

Games that use them attract a wider range of players. Take Gardenscapes, a Match 3 game at its core with a meta-layer of storytelling, construction, and expression. Someone who usually only plays visual novel games wouldn't pay attention to a Match 3 game but the storytelling meta-layer of Gardenscapes (executed with beautiful art style) can easily get them to play the game more. At the same time, since it's a casual game and its mechanics are easy to grasp, it doesn't suppose a high barrier of entry for those who aren't familiar with Match 3 mechanics.

Meta-layers also help casual games differentiate themselves, and some make the most of them in their marketing efforts. These often focus on the meta-layer, and in some cases, they go as far as to completely ignore the core mechanic and only show the meta-layers in their ads (like the story or the character customization). Some consider this misleading marketing, but it seems to have worked well for the most popular titles making them extremely addictive.

Meta-layers and monetization in Match 3 games

Some titles even monetize their meta-layer with in-game purchases that allow the player to advance further in it. In some cases, these meta-layers have waiting times that the players can skip using in-game currency. Advancing in the meta-layer can mean progressing further in the story, having more customization options, or being able to build or improve something faster.

The games that use meta-layers successfully often have outstanding art. Building/fixing and customization are evidently highly visual and high-quality art helps in making them addictive. But even the storytelling side of meta-layers often relies strongly on the art. Expressive graphics that show the emotions of the characters work better than big chunks of text in grabbing their attention and communicating the story efficiently.

This is especially important when taking into account that casual players are used to playing in short bursts of time and their attention span can be fleeting. Now that we know what makes these casual games so addictive well, let's take a look at some of how they utilize meta-layers to keep players engaged in the playing session.

In Royal Match, you have to help a king build and decorate his castle. At its core, it's a match-3 game. It has a straightforward meta-layer of light construction: the player solves Match 3 puzzles and earns in-game currency that can be used to build and decorate the castle. This creates a tangible feeling of progression, and it can also attract players who enjoy light construction games and to express themselves by choosing the castle decoration they like.

But it's the excellent art style of the game that gives the light construction its undeniable charm: the Royal Match art style is cartoonish and full of personality, with a light-hearted royal thematic. It's polished with the right amount of detail and displays exceptional light effects. The character animations are smooth and the tiles and power-ups are satisfying, tied with good sound design. Overall, it’s still a game focused on the Match 3 core gameplay, but its meta-layer opened its castle doors to the wider range of players.

At its core, Gardenscapes is a simple Match 3game. This is often considered the game that started the current trend of using meta-layers years ago, and it does so brilliantly these days. In Gardenscapes the player inherits a mansion and helps the butler Austin renovate an unkempt garden. There's an element of light construction and customization as you reconstruct the garden in the preferred style.

Again, just like in the other Match 3 games, the player needs to complete Match 3 levels to earn in-game currency that is then used to restore parts of the garden. The game has a strong storytelling element and is peppered with various stories involving Austin and other characters, which sometimes also involve additional temporary game mechanics.

Visually, the game has an appealing cartoon style full of life, with plenty of good animations and even some high-quality cinematics. The graphics have plenty of details that look great even as you zoom in on your newly constructed garden bench. It has mostly a garden thematic, reflected even in the tiles of the match-3 puzzles, which are fruits, leaves, and other garden-related objects.

This is one of the top-grossing mobile games, achieved through in-app purchases of in-game currency. The players can use it to get powerups for the Match 3 levels or skip waiting times and advance faster in the story. Given the elaborate meta-layer of Gardenscapes, it easily caters and profits not only from the traditional players but also from those who prefer visual novels and games with light construction and customization options.

Like various other modern casual games, Merge Mansion draws a lot of inspiration from the success of Gardenscapes. It's also a match-3 game with a meta-layer, but in this case, it focuses on the storytelling and progression and puts aside customization.

The story mostly follows Maddie, a young woman who unravels a series of mysteries around her grandmother while fixing her mansion. Like Gardenscapes, its story isn't necessarily deep or outstanding, but it works great in keeping the player wanting to see what's next. Its match-3 core gameplay is more original and, interestingly, is directly tied to the story - the player needs to merge items to create new ones until they find the object they need to overcome an obstacle in the story.

For example, combining various gardening tools to get an axe that's needed to cut down a tree. The art is rather cartoonish and it has character, though the animations are rather simple. Merge Mansion definitely manages to supplement its story with charming art. Like in the previous examples, it's monetized through in-app purchases. These make it easier and faster for the player to advance in both the core Match 3 gameplay and the story.

We can see that the core gameplay is not the key component that makes Match 3 games popular these days. It's their art, story and a meta-layer that adds unique gameplay experience and either extends or supplements the core game. While the core Match 3 gameplay can't be changed much from one title to another, its game art and meta-layers allow Match 3 developers to create unique product that allows them to retain more players on a daily basis by creating a fun and addictive gameplay.