Updated Demo of The Unliving is Live on Steam Next Fest 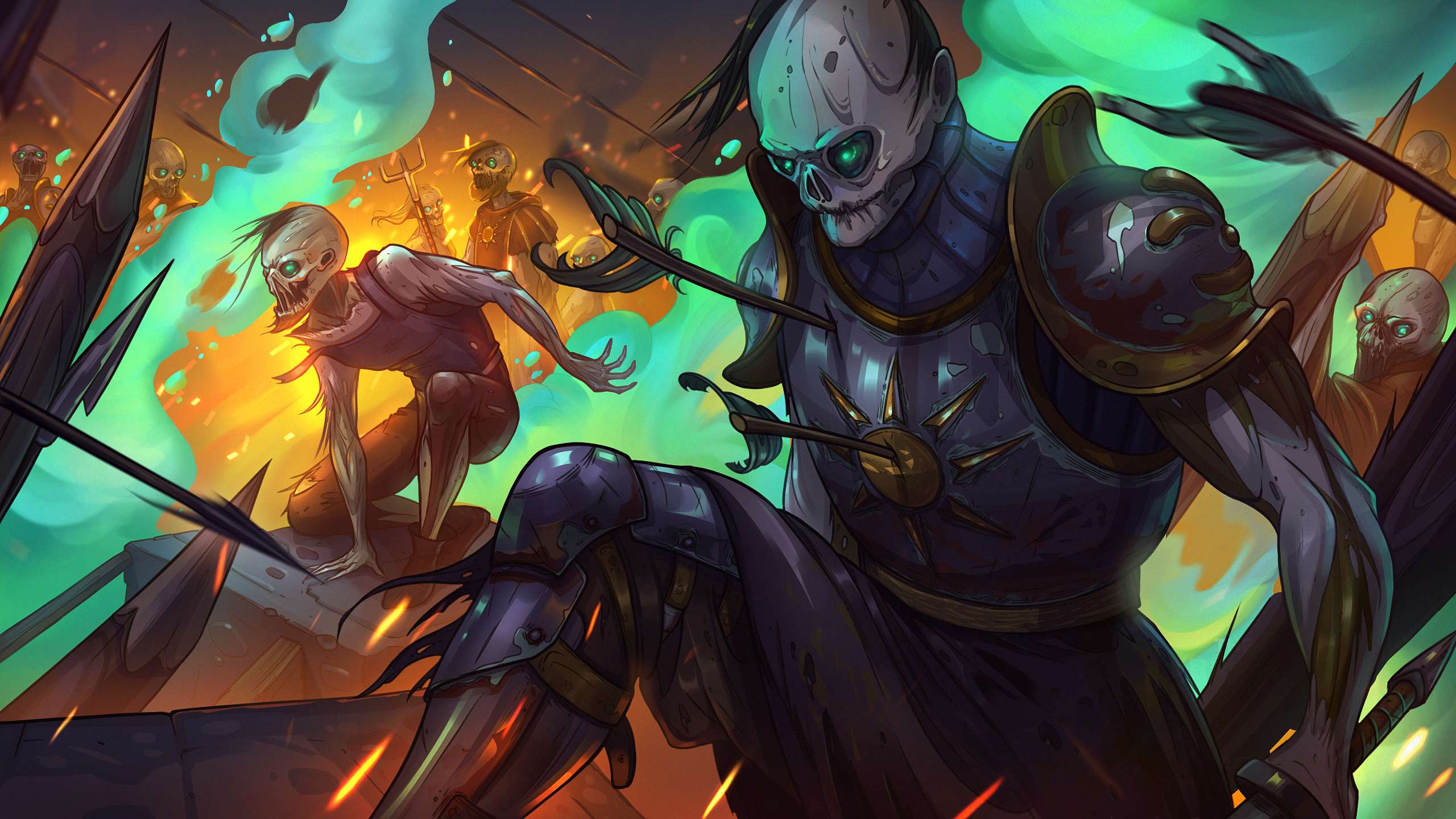 Our dev team that has been tirelessly working on our action rogue-lite The Unliving has rolled out another update of the game demo – specifically for Steam Next Fest. It's a big step before releasing the game in Early Access later this year. Below you'll find the changelog that showcases the most recent features that have been implemented recently.

The Citadel already comprises the beginning of the Ritual, but by the time the game hits Early Access, it will become even larger. Skeleton builders work tirelessly on it.

All spells and sacrificial runes available to the Necromancer are bound into the Ritual. Their variety can be expanded inside the Citadel. To do this, you will need the necromantic matter Arche that can be collected within the game.

This demo will also include several new spells. We won't spoil them for you, but at the end of the ritual available in this demo, there is a monster awaiting you.

The lord of life and death has become more powerful

The Necromancer has improved his system of phylacteries. Now the lives that he stores in them will have their own magical energy. For example, the life of a werewolf, having crashed inside a phylactery, will plunge all surrounding enemies into a fratricidal rage.

Cursed weapons - with each new layer of corruption

When upgrading a cursed weapon, the Necromancer will be able to place an additional curse on it. Curses have multiple effects and activation conditions, and their combinations are generated randomly.

The updated demo is live on February 21, 18:00 GMT and is available for everyone on Steam: