Mobile Games and Trends that Define Android & iOS Gaming in 2022 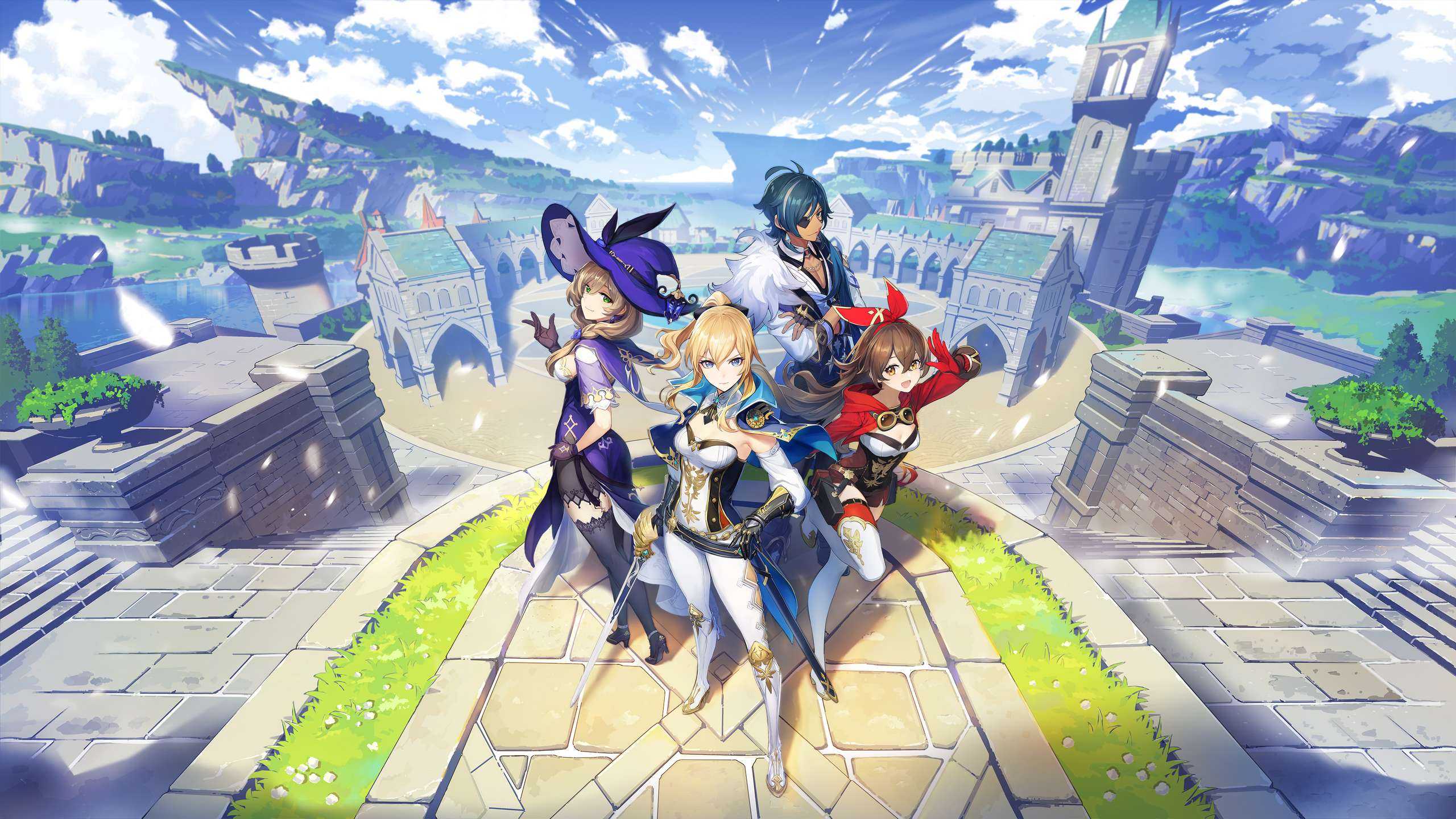 Social isolation caused by the pandemic changed how we consumed mobile games: we wanted games that allowed us to connect with others. Today, we're still moving in the same direction. The demand for social features, online communities, and streaming is stronger than ever. Add to the picture the ongoing improvements in mobile hardware and you get a fascinating landscape - one that is evolving and expanding at neck-breaking speed.

Let's take a closer look at this ever-changing landscape to pinpoint the latest trends and see how developers can leverage them.

The rapid increase in smartphone hardware capabilities and better internet connections means that more and more phones can run AAA-quality mobile games, so it's expected that we'll see more titles like this. At first sight, this seems great since it opens a lot of development possibilities. However, creating games that reach those stratospheric standards can put additional pressure on developers. Luckily, simpler games are still popular and can be very profitable if they use the right monetization strategy - more on this later.

Not only do we see more mobile games bordering PC quality, but there are also more and more games that offer crossplay. This means the game is available not only on mobile but also on PC and consoles. Some multiplayer games with crossplay even allow phone players to play with PC/console players. In the best cases, the gameplay experience is practically the same on mobile as on PC and consoles.

This is great to reach out to more players since not everyone has a PC or console but almost everyone has a phone. At the same time, some people who would never play on mobile often play on PC or consoles. Besides widening the audience, this also can increase the player's game time - for example, the player plays at home on his PC and then goes out and takes the bus, where he keeps playing the same game on the phone. This allows the player to play more, translating into a higher engagement and potentially more spending.

Genshin Impact is great example of a mobile title with both AAA-quality and crossplay capabilities. It's an open-world action RPG from late 2020 that offers practically the same gameplay experience on PC, PS4, PS5, and yes, Android and iOS. It was made by the Chinese studio miHoYo and it’s been a massive success: during its first year it surpassed the staggering amount of $2 billion in revenue.

This title is free-to-play with a lootbox-based monetization system, which combined with its AAA looks and crossplay capabilities made it a big success among mobile and non-mobile players.

But if you go the crossplay way you need to carefully consider if it's worth it. Cross-platform development means optimizing your game for different platforms, which means increased development costs. Sometimes offering the same gameplay experience from PC/consoles to mobile is simply not possible. In these cases, some developers opt for creating spin-off versions optimized for mobile. These are reduced versions of the game, sometimes with different game mechanics, that that use the branding of the original game and reinforce it. Some popular examples of this are Pokémon GO or Crash Bandicoot: On the Run!

These spin-offs can effectively leverage a brand in order to extend the lifetime value of existing fans and also reach a much broader audience. Think of the case of Pokemon GO: Every Pokemon fan gave it a try, and many who wouldn't have played a console Pokemon game gave it a try because it was on mobile (and was free to play).

The effects of the new privacy policies on iOS

Changes in privacy policies in Apple devices in mid-2021 meant that users using iOS 14 had to agree to the trackers used by targeted advertising. This makes targeted advertising on iOS devices much more difficult for mobile developers, who typically relied on them to find new players. We still have to see the full consequences of this change, but some companies are still struggling to adapt to the change. What's important to keep in mind is that this might not be the last of these changes, so being flexible and open to adapting when it comes to user acquisition might save mobile developers a lot of headaches in the future.

While traditionally mobile games lacked in social features compared to PC and consoles, the social isolation caused by the pandemic made players favor games with these. And it seems that they're here to stay: nowadays, around two-thirds of the top 50 mobile games have social features like connecting to social media, PvP modes, or chats.

Social features generally improve user retention and make the experience more memorable - the human interaction becomes part of the game experience and the players associate them together. These can also encourage users to spend more. Take hangout rooms, for example. In some titles, these are an important social component that encourages players to purchase and show off their skins or gear.

The pandemic also magnified the need for online communities, including those around mobile games. The mobile developers that put enough effort into these are rewarded by more loyal players, which ultimately leads to a higher lifetime value per user. These benefits can help in compensating for the increased cost of finding new users caused by the policy changes in Apple devices I explained earlier. Focusing on keeping players around for longer through strong online communities can be a good way to compensate for the increased difficulty in finding new ones. Online communities need to be taken care of, so we'll probably see more studios hiring social media managers type of figures to take care of these.

Along with social features and online communities, the pandemic translated into a boom in streaming and eSports. More and more people watch other people play, and this trend keeps increasing. While eSports is normally focused on popular titles, streaming can still be a big source of free promotion for less known games and it's great for community building. And as usual, the recommendations of influencer streamers to their audiences can bring in a lot of new players.

So what can be done to leverage this? The obvious step is to consider adding Twitch integration to make it easy to stream your game. However, other factors influence how good a game is for streaming. A game that's not only fun to play but fun to watch will get extra points in this department. Paying extra attention to your graphics can translate into more people sharing their gameplay with others. In short, games that are easy to stream and fun to watch will make the most out of this trend.

Good news: Players are playing longer than before and spending more than ever. But games have to choose their monetization strategy carefully. Analyzing the performance of your monetization strategy and iterating is key to making the most out of it. Hypercasual free-to-play games dominate lists of most downloaded games. In these, rewarded ads in in-app purchases are what is working best. Ads in general still work for all types of games, but rewarded ads are still the most effective type.

However, core games like PUBG Mobile or Genshin Impact are dominating the charts when it comes to gross revenue. These rely mainly on in-app purchases, with an increase in titles offering subscriptions as an additional monetization tactic - expect to see more of these. Additionally, some of these core games are also starting to use in-game ads. This results in an interesting hybrid approach to monetization, relying on various methods at the same time. While this increases the complexity of the monetization strategy, it allows games to cater to different types of players with different preferences and make the most out of every user.

There's a growing trend in marketplaces to charge fewer fees to developers. This was fueled by the case of Apple vs. Epic, in which Epic filed a lawsuit against Apple after the latter banned Fortnite from the App Store. This was triggered because a Fortnite update allowed players to pay for in-app purchases bypassing Apple's payment system (which included a 30% fee). What's most relevant to developers is that this legal battle opened the doors to discussions about more democratized marketplaces with fewer restrictions and fees. It's still early to tell how far this trend will go, but it seems likely that it will change things further.

More acquisitions in the gaming industry

The mobile gaming market keeps growing at a fast speed, with some Asian companies growing especially quickly. According to AppAnnie, China was the biggest market in 2021 in terms of revenue ($56 billion), followed by the United States ($43 billion) and Japan ($20 billion). Big companies have been acquiring mid-sized companies that have developed viable games and strategies instead of trying them on their own. The reason? It's a safer bet than experimenting themselves. This trend seems to continue, but the number of these mid-size companies is dwindling so the acquisitions might happen at higher prices.

The mobile market is a growing leviathan. It’s being lifted to new heights by technological advancements, while still being shaped by the social impact of the pandemic. It seems we're geared towards an era of greater care for users where human interactions are a priority and player loyalty is more important than ever. Recent years have changed the desires of millions of players, and thus the industry is adapting to them - as it always will.